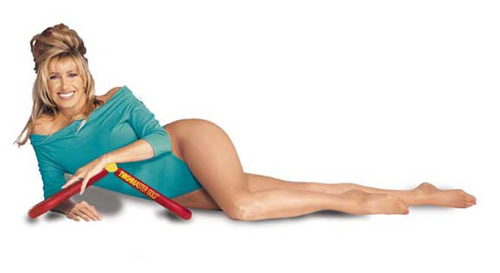 People generally express surprise whenever I mention that I’m a big believer in New Year’s resolutions. I guess the thinking is that, being a coastal elite / leering smartass, I’m supposed to express contempt towards this type of conventional, pokey idealism. Au contraire! (as we coastal elites say)– self-improvement is a fucking bitch, so it makes sense to approach it in a structured manner that provides a framework of manageable expectations: tackle one or two big things per year… otherwise just stay the course and don’t change a thing. Seems like sound advice to me. Also, the fact that you get a year to accomplish your goals seems like a reasonable timeframe– you get a few months of procrastination, then a productive sense of urgency kicks in around October to finish the job.

Not that I have anything like an unblemished record with my resolutions, but there have been a few winners over the years. Here are my resolutions for this year, plus a few notable hits and misses from the recent past:

OK, this one was partly tongue-in-cheek. I admit that I came up with it the day before New Year’s, and that the idea came from watching a Suzanne Somers (shown above with Thighmaster) infomercial. But it’s a good one that I legitimately recommend. You truly enjoy your food more, plus its a zen easy-to-do-but-hard-to-remember type thing that poses an interesting challenge of behavior modification.

I failed on this one last year and am officially rolling it over to this year. Yes, I actually presently own a car that I’m not able to drive. I feel that this fact is literally more humiliating and inconveniencing to me than every single other embarrassing aspect of my life combined.

This one was notable in that it took me three tries and a move to Europe to accomplish (I remain convinced that this goal would have unattainable in San Francisco– worming my way into the doings of a cool small press would be like trying to become a veterinarian in terms of the level of competition one would face in that city. Meanwhile, in Prague, if you have a creative idea, you’re quite likely the only person who’s thought of it…) Finally, I made good on this (see here, here and here), although I’m still waiting for the projects to be published. So, maybe there’s hope yet for me to learn stick.

4. Wreak revenge on Mission Mission for dropping me from their blog roll (2011)
Status: open

At some point over the summer, Mission Mission unaccountably dropped me from their blog roll. I say ‘unaccountably’ because, if they were generally pruning down their blog roll and only leaving blogs of the highest quality, I would understand… but, in fact, they’ve kept all kinds of lame things up there that haven’t been updated in months, or are super self-indulgent and crappy, etc. Granted, this resolution is only half-serious, as I do still love Mission Mission. But I’m also a small and petty man in many ways. So, watch out, Mission Mission: If I ever learn how to drive stick, there’ll be no stopping me and my vindictive score-settling.

Update: OK, blog roll link has since been reinstated. Apparently, it was deleted by accident.