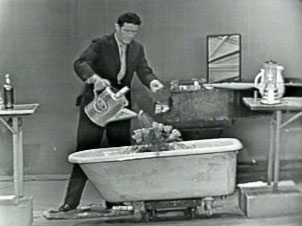 Just read a good article in the October 4th edition of the New Yorker about John Cage. There’s a brief discussion of a period of great austerity– he rented a small cottage for years and lived barely above the poverty line– which the composer finally emerges from not thanks to music but rather because he had become one of the world’s foremost experts on… mushrooms, of all things. There was even a series of appearances on an Italian TV quiz show that culminated in Cage listing sixty-four specific types of mushrooms in precise alphabetical order to win prize money that allowed him to buy a van. (For a glimpse of Cage’s TV persona, see this clip of him on the American show I’ve Got A Secret. No mushrooms, but interesting banter and a great performance of Water Walk).

Cage’s mycology doubtlessly belongs in the shortlist of great unlikely jobs taken on by creative geniuses in order to make ends meet. My favorite such example  is David Lynch: approaching 30 years of age and struggling to finish Eraserhead, the director supports himself and his family by working a paper route at nights. The example that’s always made me feel the worst is Nick Drake‘s sad notion towards the end of his life that he’s going to study computer programming. The idea of someone with Drake’s clueless sensitivity developing such a misguided idea about how to make his way always strikes me as an example of how cruel the world can be. I think I’d hire one of the Amish to program mainframe computers in 1972 before I would hire Drake, if forced to choose.