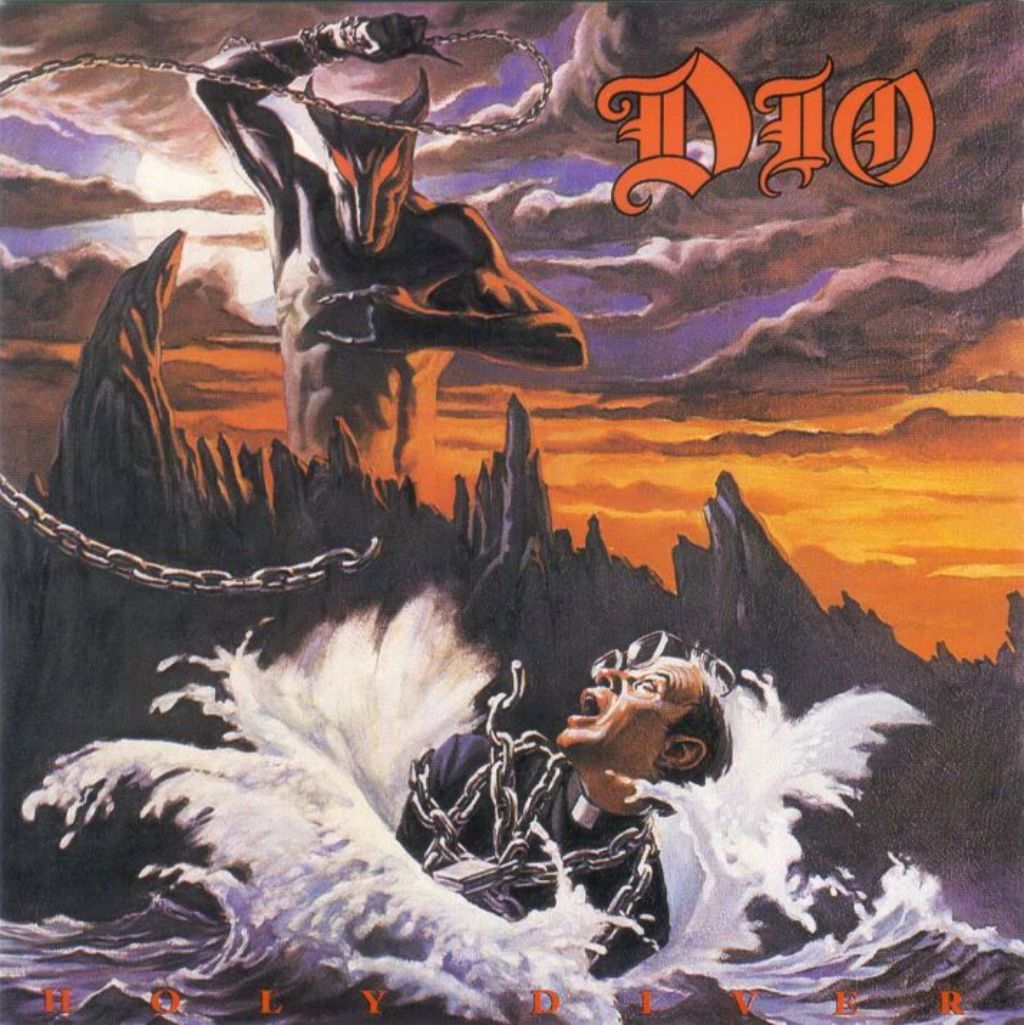 Yesterday, we lost one of the great voices of 80s metal– and popularizer of the “Il Cornuto” devil sign– Ronnie James Dio. I thought it would appropriate to lay him to rest with a passage from that Christian screed The Devil’s Disciples that I blogged on a few weeks ago. In this section, the perpetually horrified author cites Dio in a passage about the tendency of “Devil-worshiping groups” to “add and drop members left and right, changing and transforming the bands they leave, and enter into even greater strongholds of satanic strength”. As he recounts the monstrous shapeshifting of Rainbow and Black Sabbath, he offers up this defacto obituary :

A pompous little leather-lunged singer named Ronnie James Dio joined Blackmore’s new outfit, using his strong songwriting ability to pen songs about the mystic power of pyramids, witches, warlocks and werewolves. After quitting Rainbow with four albums under his belt, Dio replaced the disgusting Ozzy Osbourne as Black Sabbath’s lead vocalist. The name of the album he debuted on: “Heaven and Hell.”

[note: in the writing of Jeffrey Godwin, this is supposed to be a big ‘aha!‘ moment, where the artist’s obvious satanism is shown to be right in front of our noses]

Here are some quotes directly from Dio:

“At least I understand something about the occult, which is more than I can say about certain bands use pentagrams and upside down crosses as their emblems…”

“In order to write logically and sensible about a subject, you have to learn about it. I’m INFORMED about the darker side of our lives…”

Who’s doing the informing? Dio is not Ronnie James’ name…

His last name is actually Padovana. Dio means “god” in Italian. This guy calls himself and his band God!

Note that despite Godwin’s obvious revulsion towards Dio on the last point, it is conspicuous that he acknowledges Dio’s “strong songwriting ability”. Compare this to his more characteristic tone of contempt for the rest of Black Sabbath: “It seems impossible that such a ragtag bunch of misfits and weirdos could sell ten records to their relatives, much less millions of albums over a 15 year span.” Well, then.

1 thought on “Runnin' With The Dio”