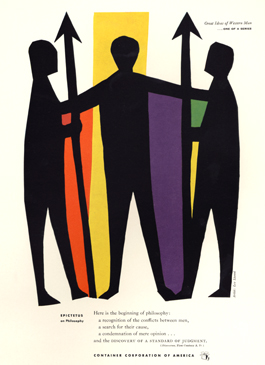 Spending time in San Francisco always reminds me of the fact that there are people who sit to the left of me on the political spectrum. This might seem like an obvious point (I mean, there has to be someone to the left of you, no matter who you are), but it really only began to dawn on me about halfway through the 10 years I lived in SF. In high school, it always just seemed to me that anyone worth knowing had wildly left-wing opinions about everything (after all, this is the time to be unrelentingly idealistic, given that you never have to apply your ideas to anything remotely realistic). The social scene in my college, meanwhile, was just an unfettered left-facing stampede: if you could make a case that you were either oppressed or felt great sympathy for the oppressed, you were on the way to enjoying popularity and easy sex, no matter how vague and platitudinous your case was. Growing up in these environments, I never really felt any motivation to temper my instinctual leftism– even when I felt the occasional flicker of doubt, I basically just went along with the program.

Shortly after I moved to SF in ’96, ﻿I can remember meeting a sensitive, bearded soul who expressed a belief that OJ Simpson was innocent of the crimes charged against him and had been systematically framed by the LAPD. To this day, he remains the only white person I’ve ever heard voice this opinion. At that time, although I disagreed with his belief system, I struggled to find an explanation as to how we could see things so differently. In other words, I basically took his statements as a legitimate, authentic viewpoint, albeit one that diverged sharply from mine. Nowadays, I would simply write him off as a dogmatist, someone whose opinions– endearing as I may find them– are reverse-engineered to fit certain predetermined norms and conclusions. And while the fact that he was wearing Guatemalan hippie pants would seem to support my current perspective, the fact that I can’t muster my former open-mindedness is obviously something of a loss.

The real watershed, however, occured sometime in 2002, when a friend-of-a-friend became a transsexual and requested that we all start referring to him/her as them. As in, good news: they’re coming over for dinner. This was a fascinating test case, in that it basically pitted the very left-leaning people who made up this scene against the very, very left-leaning people. The normal lefties, while generally sympathetic, drew the line at subverting the basic structure of language to this point (and at giving in to a request that reeked so suspiciously of narcissism). Although we felt sympathetic to this person’s (these peoples’?) choices, we weren’t about to subject ourselves to this kind of mind-bending syntactic confusion. The über-lefties, meanwhile– who were surprisingly numerous, by the way– fell right into line, expressing a general attitude of Wherever your heads at, man. Their feeling was that the whole thing is totally elastic and subjective, and a basic token of friendship is the willingness to refer to your friend(s) by whatever pronoun he/she/they feel(s) best fit(s) he/she/them.

[Image: from the famous Great Ideas series, sponsored by Container Corporation of America. Designer might be Herbert Bayer– I’m not really sure.]