Some screenshots from Discopriběh (A Disco Story), the seminal Czechoslovakian teenybopper movie that I watched over the weekend on a friend’s suggestion.

It’s essentially an 80s teen musical in the spirit of Pretty In Pink, anchored by the pop stylings of Michal David, who might really be the most incredibly cheesy person on the face of the planet. Filmed just two years before the Velvet Revolution, it gives an interesting glimpse into the last days of Communism… I suppose. And the points where it converges and diverges with American teeny-bopperism are instructive … I guess. But mostly, it’s just a good laugh. I would recommend it, but I imagine it’s impossible to find a copy with subtitles (I had to have my wife clue me as to what was happening whenever the plot strayed from the most rudimentary teen plot points). 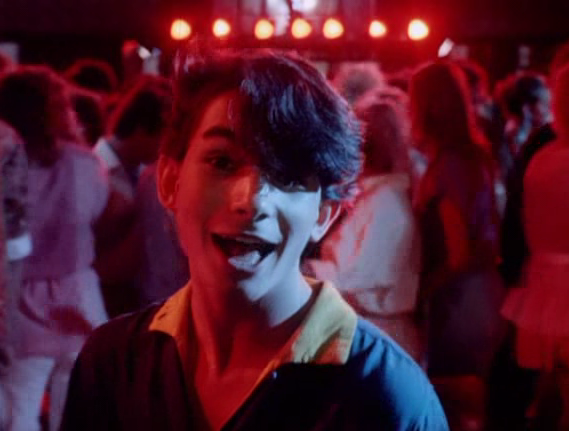 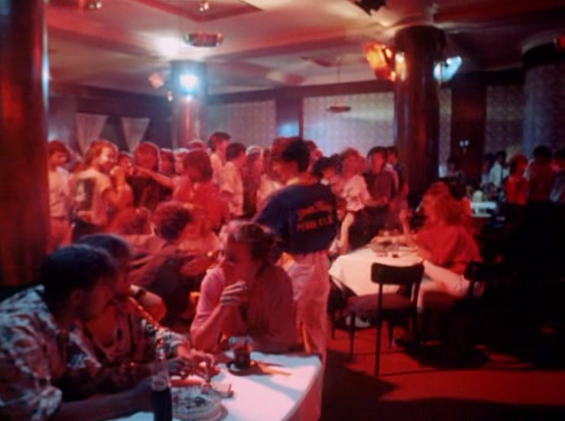 Many of the clubs they hang out in don’t really look fully renovated, and thus have a kind of civic-sponsored, junior-high-school-dance vibe. I would make more fun of this, but a lot of clubs in villages still look like this, and I’ve hung out in many such places… 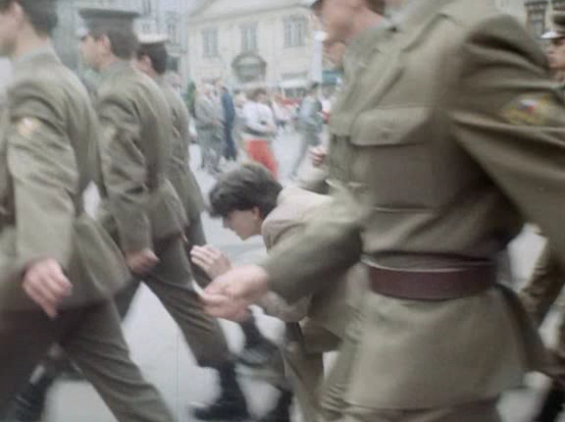 Early on, there’s a Teenage Mischief Montage where the main character engages in a bunch of ruses to evade a tram inspector who’s caught him without a ticket. Suddenly, he plunges into a crowd of goose-stepping, robotic soldiers who are marching through the main town square. Marching soldiers: communist-era comic foil! 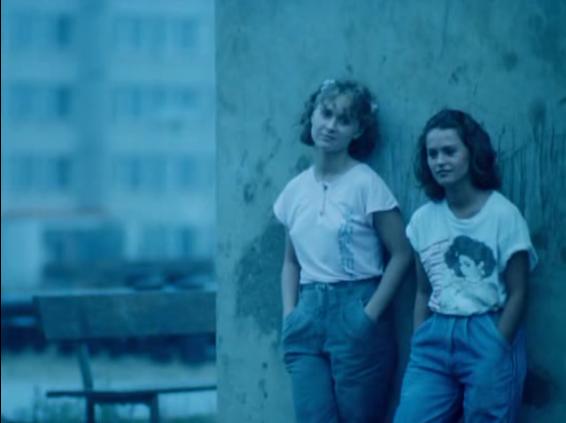 Also, a gratuitous topless scene involving these two girls that’s far more random, baffling, and inexplicable than anything you can imagine seeing in a U.S. movie from the same period (and that’s saying a lot). It’s all a bit… unreconstructed. 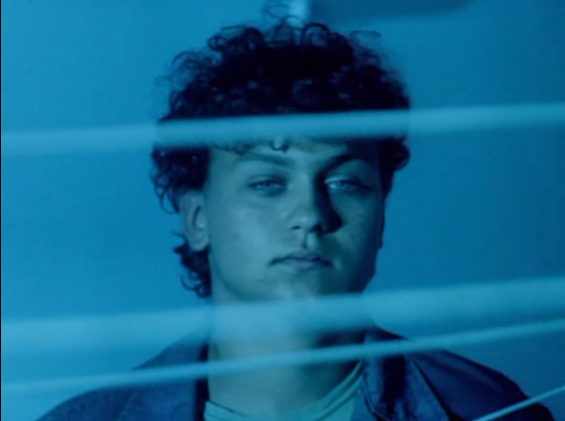 Aside from the dreamy male and female leads, the other sidekick characters are incredibly cretinous and look like they just fell off a dump truck. This is the lucky male character who gets prominently involved in the topless scene mentioned above. Let’s just move on… 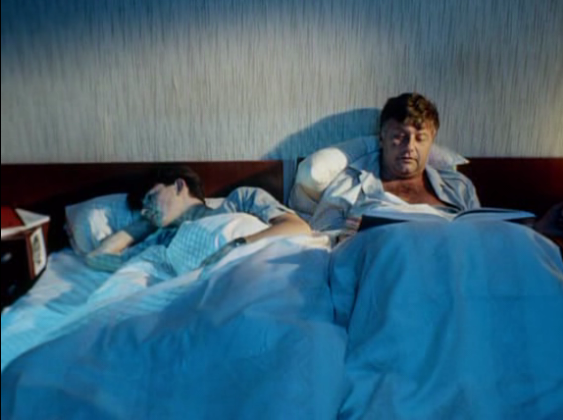 Lots of bonding scenes between father and son, who share a typical (small) Communist-era box flat and therefore share a bed. You can really ratchet up the bonding vibe when the two characters are sharing a bed. 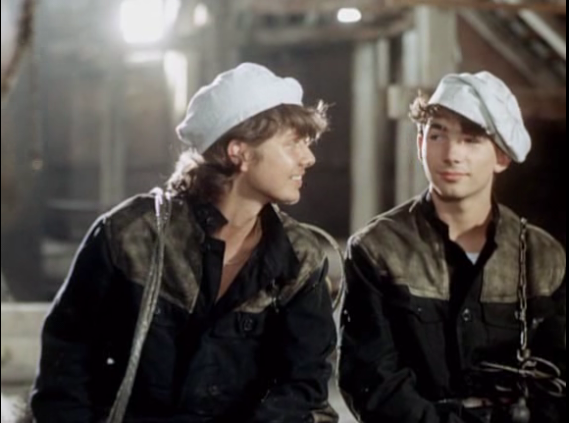 There’s a classic West Side Story angle, in that the boy hides his humble social status in order to try and impress the girl. Interestingly, the humble social role that he’s trying to conceal also involves training to become a chimney sweep (??), so we see lots and lots of scenes with guys dressed liked this. 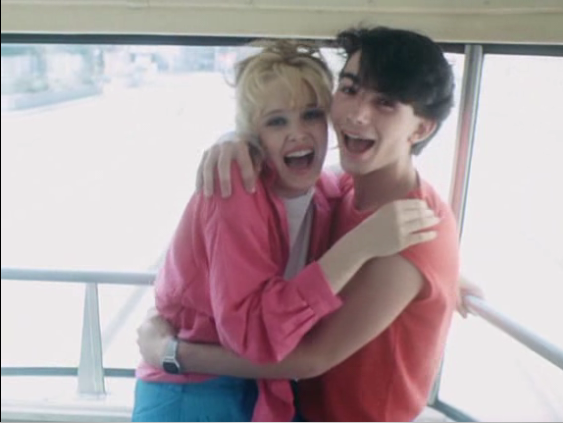 Then, a fantastically cheesy date montage scene, which someone was kind enough to upload to youtube. I encourage you to watch it. 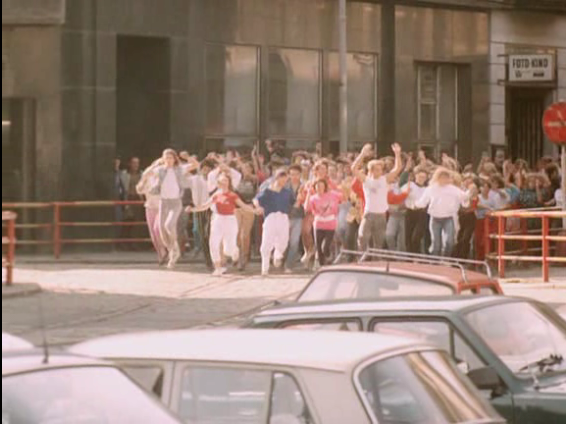 Finally, after a classic dramatic arc and some depressing moments, the movie ends with a triumphant denouement where thousands of kids suddenly burst out dancing on the main square of Plzen. By this point, my wife had stopped watching, so I was kind of confused as to what had happened that had suddenly made everyone so jubilant… but I enjoyed the happy ending nevertheless.

6 thoughts on “Glimpses of A Disco Story”