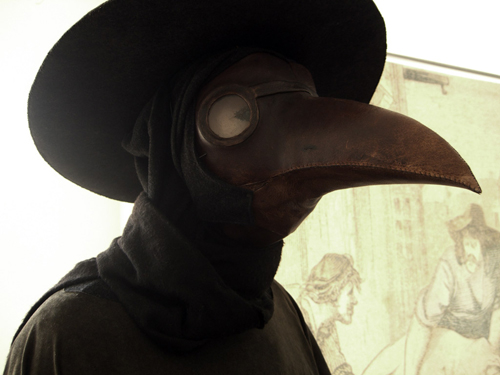 • This is my first winter in Berlin… and, man, it gets dark early here. We’re already down to 4:30pm daylight curfew and there’s still a month to go to the solstice. I’m about ready to curl up in the solarium with a few bottles of vodka for the next few months.

• I caught a cold in Prague that metastasized in the world’s most annoying, hacking cough over the last week. Yesterday, while I was at my work space, I was actually slinking out of the office on multiple occasions into the bathroom just to go have a good round of coughing. It had gotten to the point where I was embarrassed to cough any more in the presence of people who were trying to get work done. This is a necessary nod to integrity on my part, because I hate it when I’m trying to concentrate and some wretched person keeps coughing… so I have to try to be at least somewhat consistent. Then, this morning, I burst into a nosebleed while on the U-Bahn, from all the honking over the past few days. What a pain in the ass. What is it about a nosebleed that inspires such contempt? I can’t shake the feeling that there’s a vague presumption that you’re likely a cocaine abuser or something. It feels especially damning in a situation like German mass transit where there are lots of people and everyone’s sort of reasonably well put together. If it happened on the BART, you could at least be confident that there would be at least seven more disturbing, unhygienic people in the immediate vicinity.

• The wife and I have found a nice new sublet for the next year as we weigh our long-term options (Berlin vs. Prague). We have to leave our present, glorious sublet next month, when the master tenants return from their year abroad. The new place is in a peculiar neighborhood called ‘Die Rote Insel’ (the Red Island)— the ‘island’ part comes from the fact that the area is surrounded by a triangle of train tracks, so one must cross a bridge to get in; the ‘red’ part comes from the fact that it was traditionally a lefty stronghold and was the last area to hold out against Hitler’s political machine in the 1930s.

Before taking our Red Island place, we went and looked at one place that seemed spacious and well-priced but turned out to be located at the exact epicenter for monumental Soviet-style architecture, Frankfurter Tor: 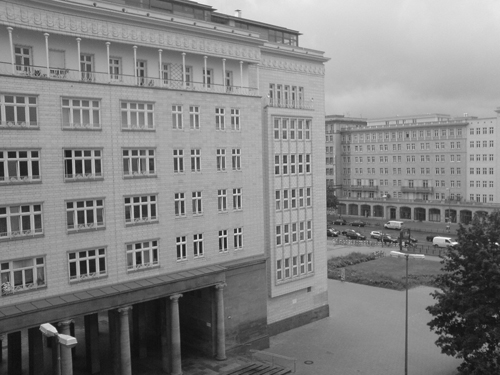 No thanks! If I hadn’t just got done living in Prague for five years, this might seem culturally intriguing, but as things stand…. I think I’ve had enough.

In contrast to the massive authoritarianism of Frankfurter Tor, I prefer the cutesy neighborliness of  ‘Little Hamburger Street’: 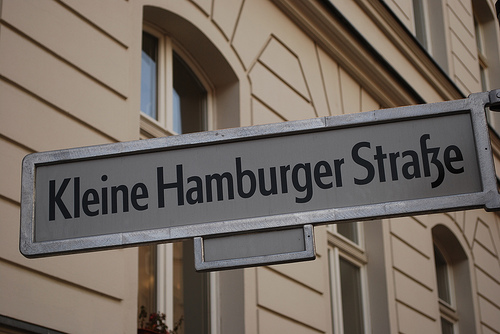 1 thought on “Solarium and Vodka”