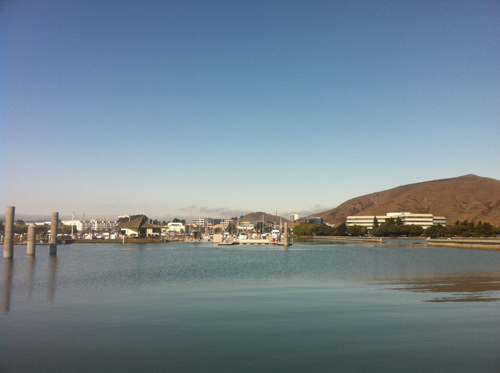 Hey, another travel misadventure! You would think I’d already had enough this year.

This time, my own smart-alecky tendencies were largely to blame. Explanation: my friend Will works as an engineer for United Airlines, so he is able to give me so-called ‘companion passes’ that allow me to fly standby for a fraction of the normal ticket price. The ‘companion pass’ racket is a real roll of the dice— sometimes you wind up in business class; other times, you wind up not getting on the flight altogether. However, in my previous seven companion pass forays, I’d only missed one flight (and with minimal consequences), so the overall risk factor seemed pretty small.

So, I arrive at the airport on Thursday at noon, ready to try my companion-pass luck— and wind up being the only person who doesn’t make it on the plane. It’s a really lonely feeling to watch an entire crowded boarding area worth of passengers gradually make their way onboard, only to be left at the end with a vacant room behind you and a bunch of shrugging flight attendants facing you. You spend the entire boarding routine in a heightened state of Zen powerlessness, futility commanding the last straggling passengers not to show up at the gate so you can get their ticket,  then gradually slouching into a soggy-beanbag-shaped crescent of defeat as they appear one by one in the closing seconds. One thing you learn from this experience is that the kind of people who show up at the gate to board an aircraft at the very last second really ARE the most disorganized goofballs that you’ll ever see in your life. It’s hard to stomach the fact that this specimen of abstracted doofus has supplanted you on the airplane until you remember that they actually bought a ticket and you didn’t.

Missing the one flight seemed benign enough… but then the next flight to Frankfurt was cancelled, and that’s where my troubles really began. Soon, it became apparent that I’d run into a virtual wall of oversold flights, and wouldn’t be getting out anytime soon. After having spent most of my stay in the Mission at this point, I wisely switched gears at this point and spent the next few days with my airline friend Will, who lives just 15 minutes from the airport. His place is The Libertine, a sailboat docked off the South San Francisco Marina: 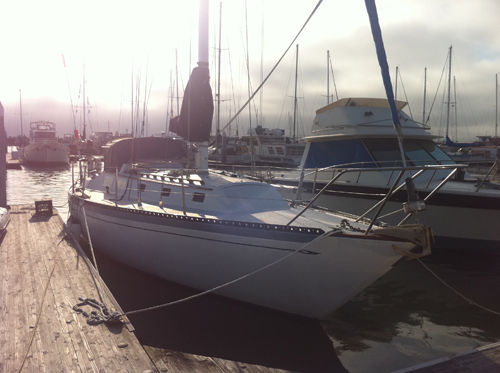 His girlfriend Colleen, a flight attendant, lives in an adjacent houseboat that she calls The Sanctuary— but Will refers to as The Wild Thing— that was my home for the next three nights: 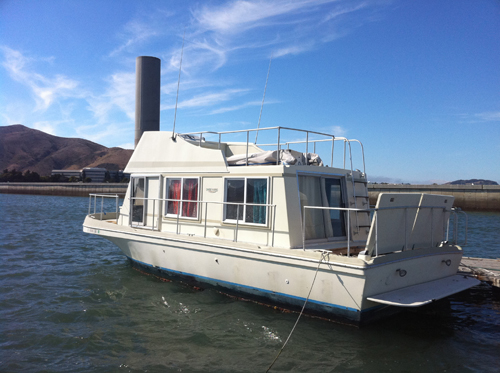 Thus began a strange three-day regimen: two trips per day to the airport that I decided to treat as though I was a devout Muslim and the airport was the local mosque— i.e. don’t question it, just do it. Stand in line, check in, robotically go through security, read Keith Richards’ Life while everyone bustlingly loads onto the plane, then stoically accept the news that the plane is full, text Will, walk out to the pickup area, jump into the van and get driven back to the marina for another few hours of rancho relaxo… then back the airport for another attempt… then off to the city for nighttime antics.

With the notable exception of these futile, ritualistic airport trips, the rest of my stay was spent in a hazy condition resembling a mixture of Gilligan’s Island and quaaludes. I made a feeble attempt to help Will with fixing up his boat, but then soon retired to a lot of this: 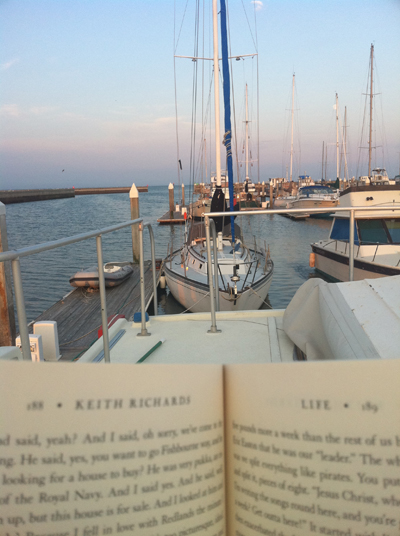 Here’s a typical dinner on the boat, before heading out into the city: 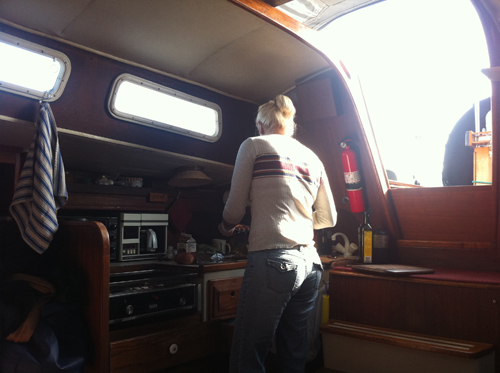 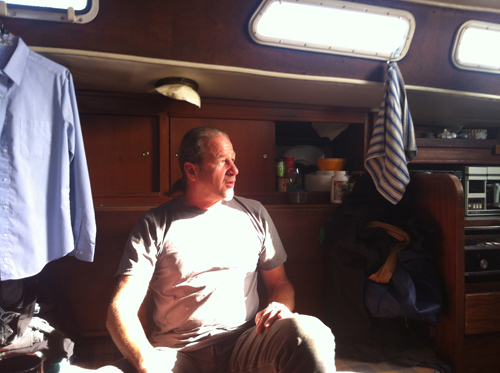 Finally, after a fifth failed attempt to get on a flight, my impatience and desire to see my wife and son became insurmountable, and so I jumped online in the airport… and managed to find a flight from SFO to Dusseldorf the next day for $500. Thank God for 9/11! How weird it was to enter the airport this time as a fully-entitled patron, full of all the normal assurances of boarding the plane, no longer playing the heady razor’s-edge game of airplane roulette. A mere 30 hours later, I was back in Prague, reunited with my wife and child. And then, 24 hours later, back in Berlin again.

See also: How My First Night In SF Was Spent At The Frankfurt Hotel Airport Bar