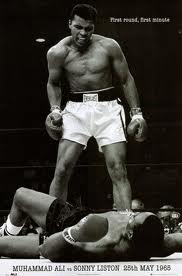 In the past few months I’ve delved into three new hobbies/fascinations: boxing (as a participant), chess (same), and soccer (as a spectator). Boxing is just totally new for me – I never really paid any attention to it, and I didn’t watch even the biggest and most famous matches (probably because you had to pay money to see them even on TV). But in recent months I’ve actually started to learn how to box, taking 2-3 lessons a week. I am probably about 1% of the way to being a capable boxer, but even the little I’ve learned has started to seep into my perception of the rest of my life/the world – I am constantly analogizing various circumstances with the “attack/defend” dynamic of boxing – a dynamic that exists in many other sports, but not with the directness of boxing, where you are either punching somebody, or trying to fend off punches, or both.

Then, a few months later, my father, who is a chess enthusiast, convinced me to play online with him, and now I’ve returned to chess after a literally 25-year break (indeed, the last time I played with any consistency was with Dan himself, during recess in third grade – I have very happy memories of these sessions, which probably says all that needs to be said about our social functionality in those days). And although I obviously knew the rules of chess as a child, it’s become very clear that I never knew, and still don’t know, the first thing about actual strategy (beyond the most basic tactical considerations). There is something really delightful about that steep learning curve phase of learning about something when everything seems new and confusing, and only slowly do the, ahem, pieces start to fit together. (Pawn structure? Control the center of the board? Material?! Tempo?!?!) And, of course, that same “attack/defend” dynamic momentum is present here, too, although in a far subtler and less obvious guise than in boxing – my problem so far is that whereas I can make reasonable decisions about how to defend against attack, and occasionally can turn the tables on my (thus far, always superior) opponents, I never know what to do with the “tempo” once I’ve regained it, and I quickly squander it. 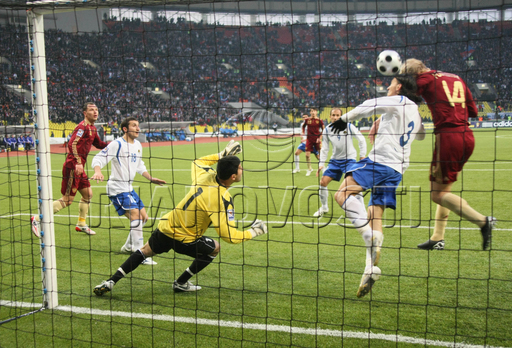 Finally, there is the spectacle of the World Cup, which was just finishing when I started writing this post, which says about all that needs to be said about my blog posting lately. I also played soccer as a child, but I was always one of the worst players on the very worst teams in my youth soccer league, and it has tended to remind me of the sorts of experiences Dan and I were trying to avoid when we huddled around the chess board at recess. And, as with boxing, I’ve never paid the slightest attention to it as a spectator sport. This time around, I got drawn in enough to get up at ungodly hours to catch some of the games from the West Coast of the U.S. And although I really enjoyed the athleticism, teamwork, etc. of the play itself, I particularly loved being confronted with the intense level of mythology and history that accompanied each game, as the announcers spoke of matches in the 1950s as if they happened last week, and associated certain styles of play with certain teams/regions. And again, I’ve had a steep learning curve of picking up on the strategic and tactical considerations that affect the momentum of each game.

It is starting to seem like all of life is just a series of circumstances where the question is whether to press the advantage, or retreat and defend.