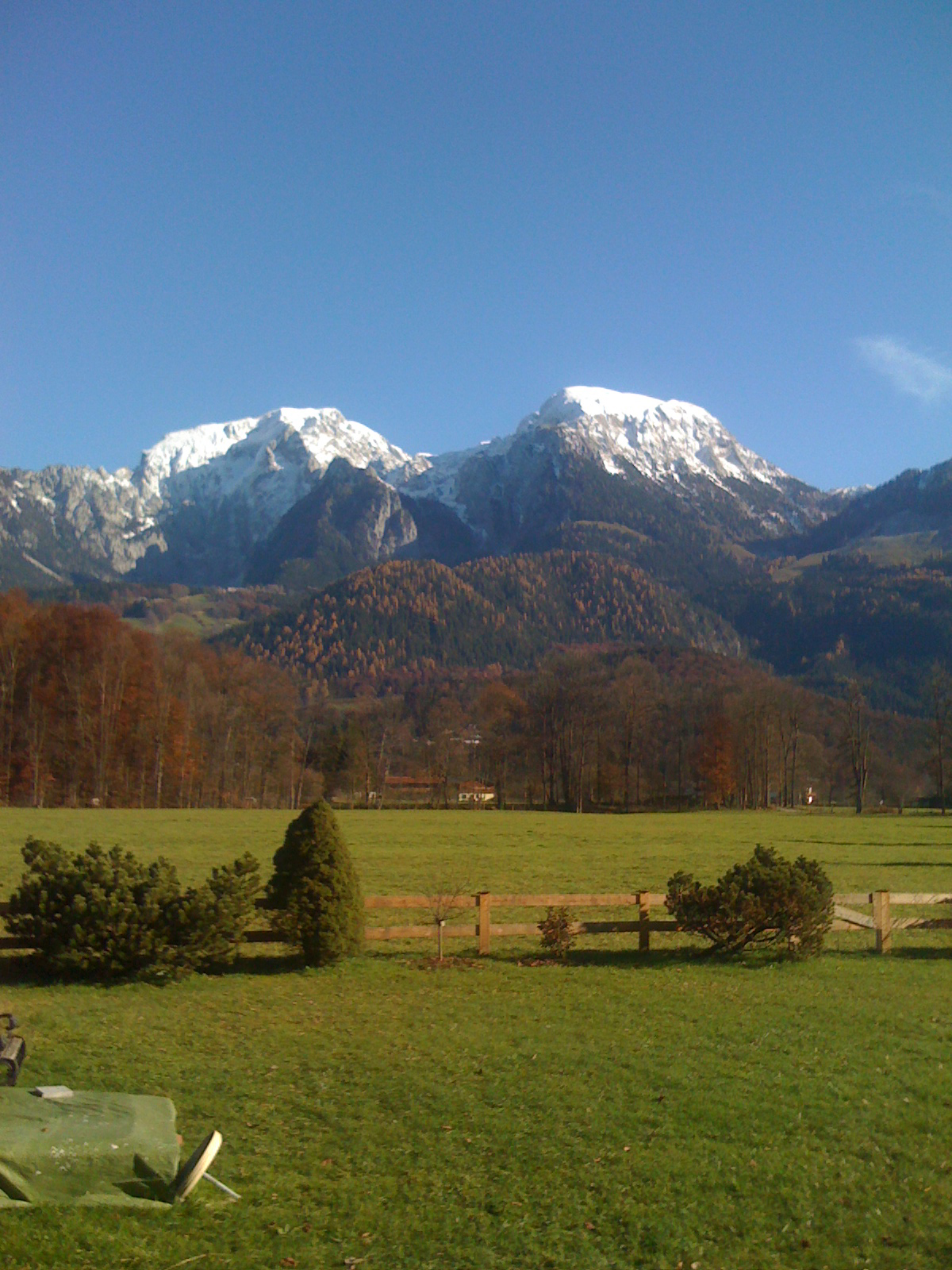 Rejected album cover art for Houses Of The Holy.

More Zeppelin-y landscapes in general than you could shake a stick at.

There used to be lots of lederhosen collisions at this corner before they added a light.

Headed out of town for a few days after a hectic experience finishing The Book (more on this behemoth later). Have a nice weekend.

Every police checkpoint in Iraq, I’ve just learned, has been equipped with a magic bomb detecting wand that is apparently objectively useless, but which Iraqi cops and soldiers swear by.

“Whether it’s magic or scientific, what I care about is it detects bombs,” said Maj. Gen. Jehad al-Jabiri, head of the Ministry of the Interior’s General Directorate for Combating Explosives. He went on to say, “I know more about this issue than the Americans do. In fact, I know more about bombs than anyone in the world.”

The company that sells them, for $20,000 – $60,000, claims that they can find “guns, ammunition, drugs, truffles, human bodies and even contraband ivory at distances up to a kilometer, underground, through walls, underwater or even from airplanes three miles high.”

Yes, it can find truffles too. How does it work? “Electrostatic magnetic ion attraction,” of course.

The linked article seems like an April fools joke. The reporter describes using one of the wands in a fruitless effort to try to “detect” some AK-47s, and the general telling him, “You need more training.”

Definitely my favorite description of the Czech lands is Neville Chamberlain’s classic “a faraway country of which we know nothing.”* It occurred to me last night that Neville would make a good high-concept Halloween costume in these parts, although to get the point across you’d need at least two smaller people to represent an annexed Czechoslovakia and perhaps somebody else to play Hitler too, which would turn the whole thing into a cumbersome troupe-sized endeavor.

I think the quote really belongs in the Prague airport, on the wall in huge letters as you’re going through customs: “Welcome to a faraway land of which you know nothing.” Although it would have been more prescient if Chamberlain had gone to say, ‘a faraway country of which we know nothing, but where bands of British goons will someday find it cheaper to fly to and drunkenly carouse than to pay for a comparable weekend in London, until the Czech Crown finally strengthens against the Pound and forces them further east.”

Incidentally, the Onion did the best imaginable send-up of the airport here with their genius ‘Franz Kafka Airport‘ bit.

* Actually, this is a paraphrase, although it’s the way his statement is generally repeated. What he really said was, “…a conflict between peoples in a faraway country of whom we know nothing” but the paraphrase version gets the point across more readily.