The worrying mention of an unholy alliance between ants and bees in Krafty’s ant domination post (clearly the animal kingdom’s answer to Stalin + Hitler in 1939) reminded me of my pilot idea for one of those Fox lowest-common-denominator TV shows about things blowing up and people experiencing horrible accidents and whatnot: When Natural Disasters Collide. The idea would be to film footage of various natural disasters encountering one another: earthquake vs. tidalwave, killer bees vs. hurricane, etc etc. I can just picture something like this airing after Cops.

One issue this raises is the need to clearly define the official canon of natural disasters involved. When I was a little kid, these were all-to-clearly defined in my mind and only shifted in terms of ranking– earthquake, tidal wave, hurricane and tornado as the Big Four; killer bees as a close fifth. I even remember exacting a stern promise from my father that we would not go vacation in Barbados ever, because I had somehow heard about that island being hit by hurricanes. Anyway, I think it would be important to define natural disasters, and to limit their inclusion to occurrences that are either easy to dramatize (earthquakes, tidal waves, etc) or involve more amped-up versions of things people are already afraid of (killer bees), or both (giant killer bees). I think this is a lot more fun than including things that are more abstract, grown-up and legitimately dangerous (Swine Flu, climate change, etc).

At some point many years ago, somebody (possibly my older brother) told me several “ant facts” that I have been repeating to anybody who will listen ever since: 1) The bio-mass of ants is greater than the bio-mass of all other living creatures on earth, including all other insects (and elephants); 2) There are more ants on one square mile than there are people on earth; and 3) Certain ants can blow themselves up to spread poison on their enemies, thereby protecting their colony.  After a few years I added some other ones, such as that ants have psychiatrists.  Of course, I have no idea if any of these “facts” are true, and I’m not about to use the internet or some other resource to find out now.  But lo and behold, a credible news source (the BBC) has this headline to a story: “ANT MEGA COLONY TAKES OVER WORLD.”  It appears that some tribe of ants has, well, taken over the whole globe, and they are all working in concert to accomplish their devious ant-aims.

Click here for more breathless details on “the true extent of the insects’ global ambition.”  And don’t miss the links to related articles detailing, among other things, ants’ punishment for “cheaters” and their no doubt ill-intentioned cooperation with bees.

With the recent talk of martial law in Tehran, my thoughts have been wandering back to the 1909 San Francisco earthquake and its insane aftermath, when the city’s mayor issued a blanket proclamation warning that any and all looters found in the streets would be shot dead on the spot. And, apparently, over 500 civilians were shot, many of whom were not in fact looting but instead trying to protect their belongings from advancing fires.

With earthquake, fire and out-of-control firing squads already accounted for, its a wonder that tornado, tidal wave and killer beers weren’t inflicted on the citizenry just to complete the natural suite of terrors. It feels like it must have been a hundred million years ago that firing squads roamed San Francisco, given that nowadays you can’t step on a bug without people drafting a ballot measure in protest. It’s a vivid reminder of the old, weird Wild West past that the city emphatically grew out of.

The alleged actual proclamation is posted above (although it clearly seems to have been photoshopped up a bit). Apocalyptic post-earthquake photos here. Many years ago, I made a weird little installation page using two of these photos on the old, defunct Mock Duck Project site.  Photo: fallen zoologist Louis Agassiz outside Stanford University.

Spring is always the most listless semester in my teaching gig. Energy is low, weather is good, and class attendance basically collapses once the beer gardens open in mid-April. One weeknight not long ago, I was feeling uninspired to teach one of my more droopy classes, and remembered my robot doubles concept from many years ago:

Let’s say that everyone had (or could easily purchase, at least) a robot double that looks almost exactly like you and has about 70% of your mental capabilities. You could send your Robo off to take care of minor errands for you (say, picking up a package from the post office) and be pretty confident that he/she would be up for the task. There would probably be legalese written into many social transactions that forbid people from sending their Robos on their behalf and maybe even ‘No Robos’ stickers on certain storefronts (the DMV, for instance), but for the most part you could be confident that nobody would notice the switch.

But the question would be whether you would dare to send your Robo off to deal with more complex and critical tasks. I imagine people getting busted periodically for sending their Robo to work for them while they stayed home and slept in. In extreme cases, faltering marriages would collapse when one already-jaded partner detected that their husband or wife had sent their Robo home to deal with them so they could sit in a bar or have an affair. The Robo problem would crop up especially in school– I can almost imagine certain students of mine trying to pass off deficient robotic doubles of themselves if they had the chance. But then again, they also might notice that the person teaching them was, in fact, a Robo. The real question would be whether our Robos would be capable of detecting other Robos, and if so whether they would inform their Humans, or whether they would instead form a tacit alliance to keep it a secret among themselves.

Compare this photo with the swinging social atmosphere shown in Purephazed’s Pan Am post directly below.

I’ll take the Pan Am party, thank you very much. The above photo is, of course, the grueling Amtrak lounge, a sort of airborne version of the bar scene in Star Wars.

What’s interesting nowadays about Amtrak from a self-parodic perspective is that their spokesman and key lobbyist is none other than Michael Dukakis.

There’s something poetic about two failed, lefty, Northeast institutions that are held in wide contempt by most of the country coming together like this.

A few years ago, I got really into reading accounts of extreme adventures and explorations. There’s something comforting about sitting in the warmth of your living room while other people haplessly freeze to death, fall of cliffs, catch on fire, have their still-beating hearts removed by Mayan priests, or  get half-digested in a the stomach of a whale and emerge bleached and peevish.

During this time, I read two accounts of the Shacktelton expedition. Basically, Shackleton and his mates head off from the south pole, but their boat gets frozen in ice in the Weddell Sea, effectively trapping them for 6 months of dark Antarctic winter.  Adorably, they actually stage puppet shows and stuff like that in order to maintain their sanity. Eventually, the ship is crushed by ice and the crew is forced to float around on giant ice bergs for months trying to sail their way out of the sea to land.

All sorts of terrible stuff happens, but one thing that was really a head-scratcher for me was the frequent account of attacks by Leopard Seals. Leopard Seals? Apparently, this is a species of carnivorous seal specific to the Antarctic. Shackleton and his crew are constantly trying to drift off to sleep on their flying ice floe when this leopard seal thing clambers out of the sea and starts attacking them. Apparently, it’s a worst-of-both-words proposition, in the sense that the Leopard Seal is dangerous (like a non-seal) but totally fatty and non-nutritious (like a seal). So, once they kill it, there’s still nothing in it for the beleaguered crew

All this makes for a good scenario to re-enact with guests as an after-dinner game. Just commandeer a few sofa cushions to use as ice floes.

I have few clear memories of Ms. Droste (as I was, like, 6 when she stopped teaching us), but they’re mainly pleasant. It’s when I think about the rogues gallery that followed her that I wonder how Will Ferrell hasn’t yet starred in an Anchorman-type role where he plays a music teacher in charge of leading small children in jocular rounds of ‘ta-ti-ti, ti-ti-ti-TAH-ti-ti-TAH-TAH!’

In 1970, a SF activist newspaper published a story anticipating the dystopian impact that the soon-to-be-build BART system would have on the Mission District. In classic trying-predicting-the-future fashion, some of the predictions are spot-on and others are a bit… not so spot-on:

Is Senor Taco the type of urban renewal we want? BART will bring tourists from downtown to 16th and Mission in three minutes. Our homes will become hotel rooms and restaurants and serape stores, and Topless Taco Clubs that do not serve Mexicans.

Lurid! Then again, the article continues…

The increased sales will not only come from the tourists but also from the higher income single people and childless couples that will find the Mission more desirable to live in because BART will take them to work quickly and because Blacks, Indians, Chinese, Samoans and La Raza will have been removed by an economic squeeze-out.

… so I guess they’re weren’t off-base on the key issues. 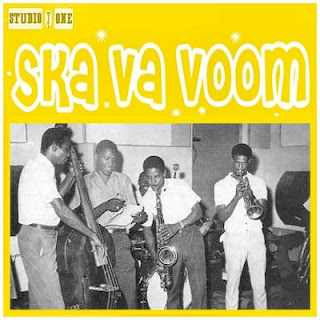