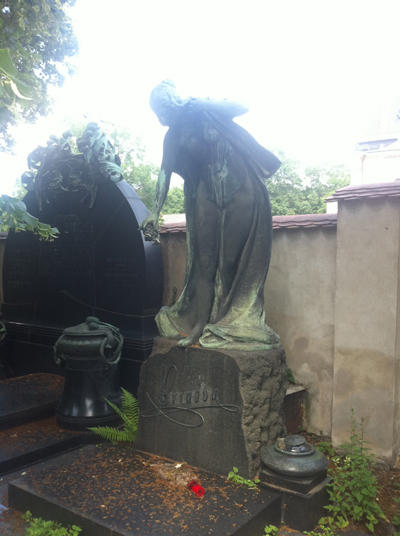 We were back in Czech this past week (yep: already) for reasons that are more complex than interesting to relate: basically, I had been under the impression that my proposal for the Jewish Museum identity was due then, so we also made plans to visit my wife’s father in Karlovy Vary, hang out in Prague for a few days, go to a wedding, and for my wife to play a field hockey game in Pilsen. By the time I found out that my Jewish Museum deadline has been extended to the end of the month, we were already locked into going…

Since it wound up being an accidental working vacation of sorts, I decided to use the time available in Prague to go investigate something my wife had brought to my attention: near where we used to live, there’s a huge cemetery where she sometimes hangs out with one of her mom allies. She’d noticed a section of gravestones belonging to gypsy families that are apparently dazzlingly tricked out. It sounded to me like Prague’s answer to the highly-accessorized cars, low-rider bicycles and – back in the day – horses of the Mission’s chicano community, so naturally I was intrigued. Unfortunately, when I got to the graveyard, I was helpless to find the section she had told me about–- I mean, this place is GIANT. After awhile, I got tired and was afraid to lie down and take a nap in an open grave, so decided to split…

So, all I have to offer you are a few shots of plain old non-gypsy Czech grave sites. I really liked this one for Leopold Batěk: 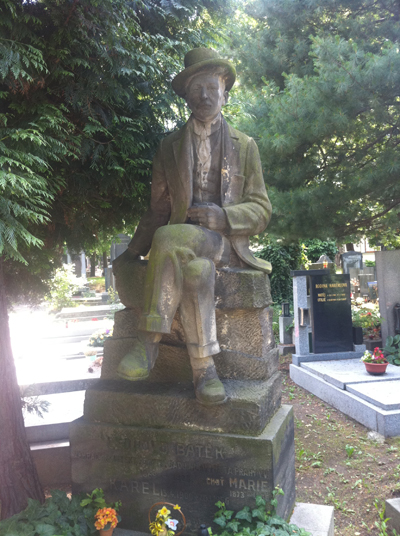 The impulse to have a statue of yourself on your tombstone is natural enough, I suppose… but I really like the restless spryness of this pose: it looks like the figure is about to impatiently hop up and go down the street to buy some cigarettes. Good stuff.

Then there’s Zděnek Šimek, who was into training bears: 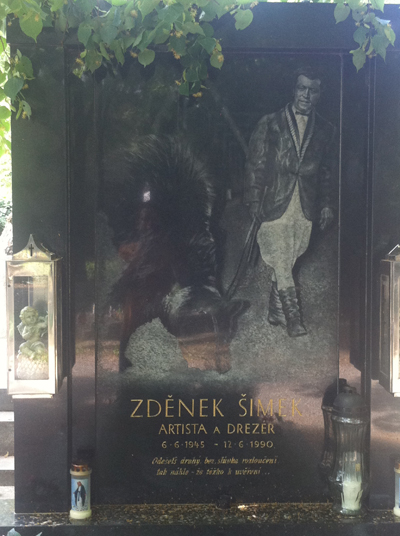 This strikes me as a more upscale version of the kind of knit sweaters that you sometimes see guys wearing with Kawasaki motorcycles or some other choice hobby stitched on them.

Since this post is looking a little skimpy, here’s some totally unrelated bonus entertainment: 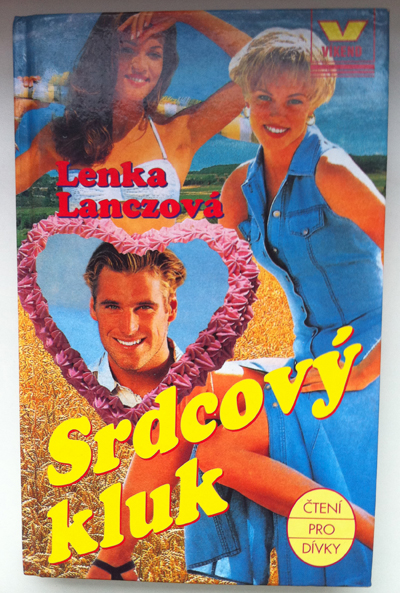 Trashy Czech romance novels! Be still my heart. The title of this one translates as ‘The Heartfelt Guy’. This came from the bookshelf of my cousin-in-law, who has a whole raft of these– perhaps the entire ‘Čteny Pro Dívky’ (Books For Girls) series?