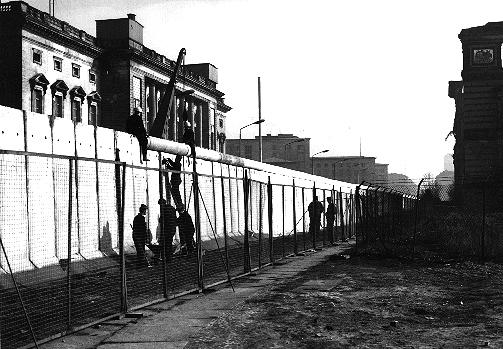 I’m so up on being in Berlin right now that it’s annoying even to have to hear myself thinking about it. Yesterday when I started biking home from my workspace, the trip began with me standing on a sidewalk waiting to hop into an adjacent bike lane that was so packed with bicycling Berliners that it took me a full minute to actually get a chance to merge the flow of traffic. What heaven.

The one thing that’s really bugging me is being behind the Great German Internet Wall. If you don’t know about this: youtube blocks just about any video content that any large corporate entity has a copyright claim to, due to an ongoing dispute over royalties with something called GEMA (details here). As a result, the youtube experience here contains an awful lot of this: 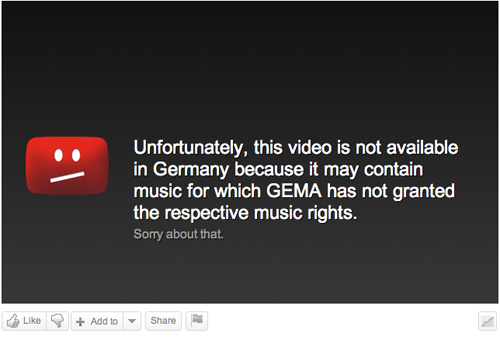 Wanna watch the most enjoyable clip on all of youtube, Sts’ Rolling Stones parody? Not in Germany you won’t. Or, say, the Matthew Wilder Solid Gold clip I did the short running blog to a few weeks back? Same story. You have to wonder if Germans as a group are going to turn into the national equivalent of that kid you went to grade school with whose progressive parents didn’t allow him or her to watch TV and so didn’t understand basic pop-culture tropes and was forced to try to fake it in order to get by.

Grim as all this is, it’s given me an idea for an alternate revenue stream in case this whole graphic design thing falls apart. My plan is to use my connections to get to Prague– that land of freedom and civil liberties to the east– where these youtube clips are still legal. Then I will set up a video camera in front of a computer monitor, record various videos with shaky camera work, and finally transfer them to VHS tapes that I will smuggle back into Germany and sell from under a bridge someplace in Kruezberg. Banned videos from the internet! I will surely be able sell each one for literally dozens of Deutsche Marks.

3 thoughts on “I Am Looking For Freedom”