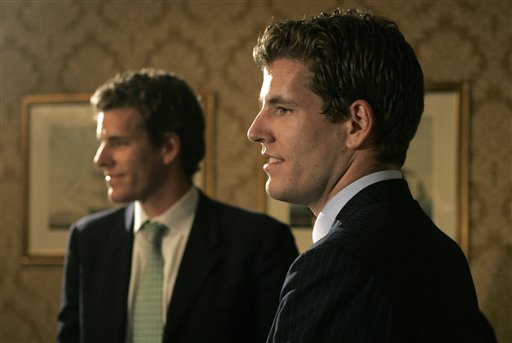 A few readers have gotten on my case for setting the bar too low for this year’s round of New Year’s resolutions. Perhaps rightly so, since my campaigns for 2011 consisted merely of learning to drive stick (which, as reader JD points out, ‘can be learned in one night in a parking lot by a 15 year-old’) and settling a petty score with Mission Mission (which in fact already ironed itself out. I was kidding, anyway… I love Mission Mission).

Lest this year become a flabby, ambitionless couch potato of a year, I’ve conceded that I should add something more challenging to the mix. So here it is:

Inspired by a recent movie you may also have seen, I will patch together a baseless claim that I came up with idea of a social networking site litigiously similar to Facebook back in 1999. The suit will be filed by two identical twin plaintiffs, both of whom will be played by me– a masterstroke allowing me to double my profits from the damages that will surely be awarded to me. The case will conclude with a crisply-written scene in which I fly to California and deliver withering one-liner putdowns to Sean Parker and/or Justin Timberlake. If recent cinema has taught us anything, it’s that suing Facebook is a near guarantee of quick money, so I imagine that I should be able to wrap this up by sometime in October or November.

By the way: now that I’m no longer bearing a grudge against Mission Mission, I can draw your attention to a recent post over there that I enjoyed a lot, as it involves some good old fashioned dextrous punning: 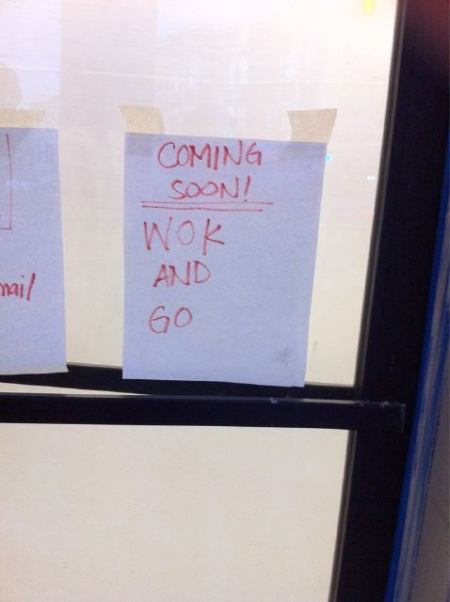 I don’t think I like this: the space previously occupied by Papa Potrero’s Pizzaon 24th and Potrero will soon be “Wok and Go”.

It’s not that I have a problem with Chinese food or puns. In fact, if I ever open a Vietnamese restaurant I plan on calling it “Phở- geddabout it!” or “Banh Mi? Banh YOU!” (Just to be clear, it will also have a mob theme. Servers will wear track suits and slicked-back hair.)

It’s just that most puns are based on an existing phrase or premise. I don’t think I’ve ever heard the term “Walk and Go”. A simple Google search confirms this. May I suggest, “Go for a Wok”? “All Wok and No Play”? Can’t go “Wong” with those.

Woah. So that’s what it sounds like when an entire neighborhood groans simultaneously.