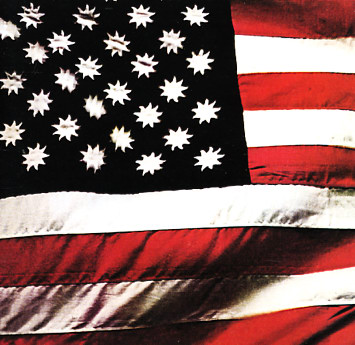 This week in Boston has been full of patriotism.  April 19 is Patriots Day, a state holiday, in which hundreds, if not thousands, of adults reenact the battles between colonists and redcoats at Lexington and Concord.

Yesterday, I found myself downtown in the Cradle of Liberty– as Faneuil, Hall is called– where the likes of Sam Adams stirred up the rabble to revolt.  An event put on there by Environmental Protection Agency (EPA) had little connection with the fight for liberty; even so, given the location and the patriotic season, three national songs were rendered at the event by the comely, compact, yet cuddly Colleen: The Star Spangled Banner, America the Beautiful, and My Country ’tis of Thee.  She has a good voice, strong but not brassy; and sometimes during her song her smile gave off what looked like real happiness and warmth.

So, even though she threw in some dipthongs (the rawwwket s re-yeyd  gullll–luh-hair), I was moved to clap my hand over my heart and join in. However, I had only gotten to “Oh say can you see” when a woman sitting nearby  disapprovingly shook her head at me:  she wanted to hear the lovely, lyrical, lass, not my graceless (though on-pitch) voice.

If I wanted to belt out the National Anthem, and was willing to cough up an exorbitant price of admission, I could go to Fenway park. No one sings there either, but they don’t care if someone else does.

It’s tempting to end this with a rant on the passivity of the American public, who consumes the National Anthem instead of signing it themselves, just as they consume everything else.  But that wouldn’t jibe with the rest that happened at Faneuil hall. The EPA was recognizing outstanding environmental activists. One of these was the mountain manger of a ski slope in New Hampshire. He turned the Cranmore Mountain resort into a green ski slope, of all things–biodiesel fuel for the grooming equipment, snowmakers using 60 less water, biodegradable, hydraulic fluids. Or the truck driver in New Bedford who had grown up on top of a toxic waste dump and tried to keep schools from being  built on contaminated sites.

So I guess the point of the story just concerns our national songs, which aren’t that great and– like all such music– sound best when you’re playing it yourself.  So I’d rather sing along than just listen.