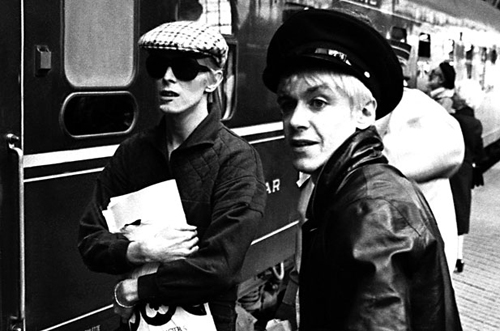 At the end of December, our initial six-month sublet here in Berlin ran out, so we packed up our stuff and went back to Czech for the holidays. Then, a few days into 2012, we drove back from Prague and — boing— straight into our new flat, located in a section of Berlin’s Schöneberg neighborhood known as ‘Die Rote Insel’ (the Red Island). 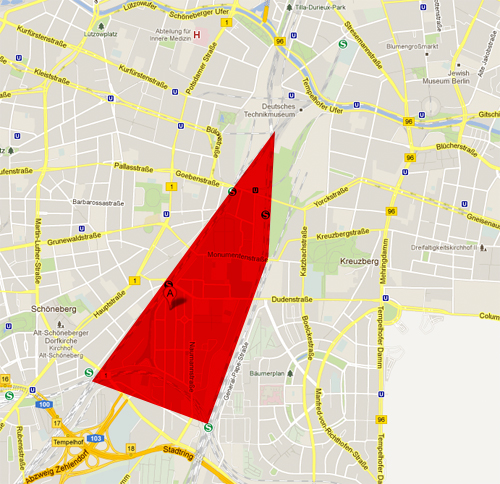 Die Rote Insel is called an island because it’s a triangular region surrounded by train tracks on all three sides, so one must cross a bridge to gain access. The ‘red’ part comes from the fact that it was historically a leftist stronghold and was allegedly the last part of Berlin to hold out against Hitler’s local political machine in the 30s.

One local attraction is this weirdo gasworks structure that looms over the neighborhood: 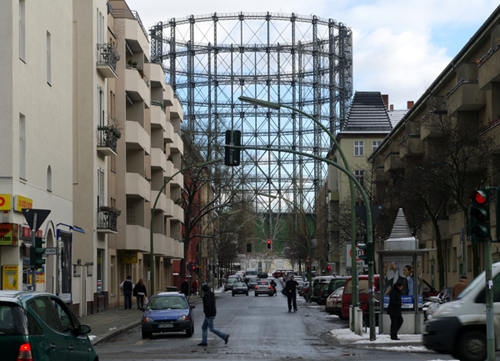 Another noteworthy thing is that we’re about half a mile from where David Bowie and Iggy Pop did their famous mid-70s sojourn: 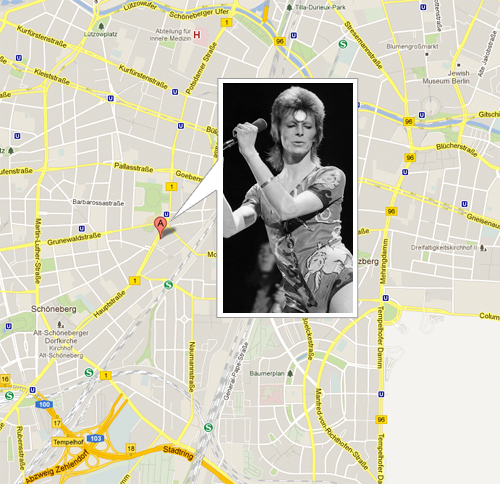 Here’s the oh-so-bland-and-unassuming building where they lived: 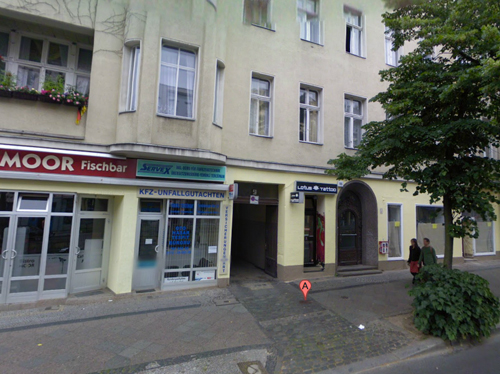 What this all is getting to is a meditation on the weird east-versus-west dynamics that persist in Berlin as a result of the Wall. As part of the former West Berlin, Schöneberg is now considered to be a bit of a snooze— friends of ours who live in hipper areas would assume slightly restrained expressions when we would mention that we were moving there (sort of like if you were to mention that you are moving to the Inner Richmond). And, yet, back when Bowie lived here, it was pretty much as swinging as West Berlin got. You had Kreuzberg to one side, which was slummy and punk and Turkish, and then Schöneberg, which was the gay district. I had originally guessed that the neighborhood’s gay identity stemmed from its relatively close proximity to the Wall— as such, I imagined that it was a kind of untamed borderlands where anything went. But, I’ve since learned that gay affiliation stretches all the way back to the Weimar Republic-era… so, never mind about that.

So, that’s the weird contradiction of Schöneberg: a relatively risqué, eastern area of a larger, boring western area. Seemed edgy at the time… but is looked down upon by all the hipsters in the former East. On the one hand, this all seems unique to Berlin and its particular dynamics. And yet… it also reminds you of Noe Valley if you squint your eyes. In fact, it’s really easy to imagine a similar partition in San Francisco, given the exaggerated east-west divide and the cultural disdain with which people in the neighborhoods to the North and East view the western part of the city.

As a reminder, here’s how it worked in Berlin: 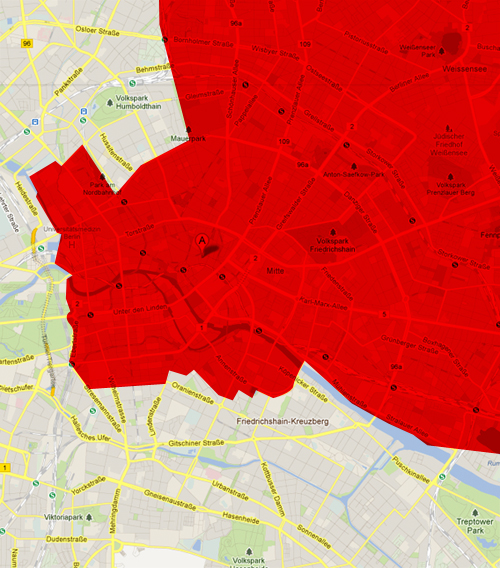 In my imaginary history, here’s how San Francisco was partitioned in 2005, dividing the MGDR (Matt Gonzalez Democratic Republic) from the secessionist RGN (Republic of Gavin Newsom) and tearing apart countless families and community institutions in the process: 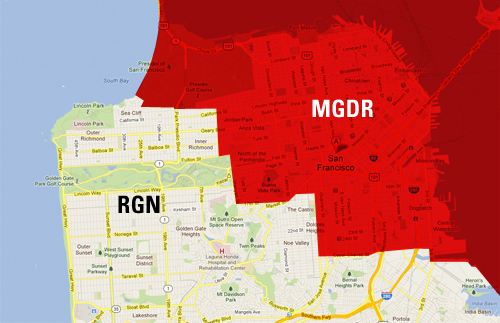 As a virtual island in hostile territory, the RGN is naturally cut off from bridge access and can only be accessed by plane, helicopter or hydrofoil. The West gets the Golden Gate Park, just as West Berlin got the Tierpark… but the East gets the heavily-armed Presidio (i.e., Mauerpark).

And, in the analogy, Schöneberg is roughly outer Noe Valley, which sounds… about right!