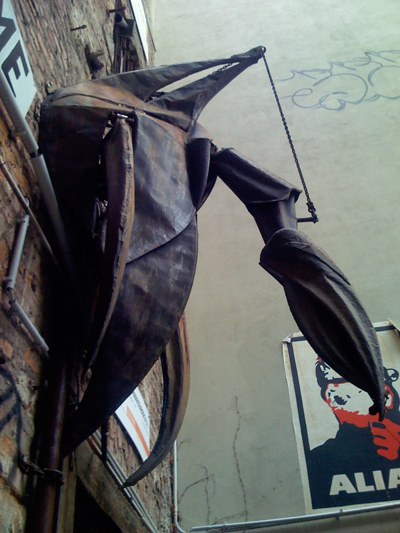 So, as intimated in last post (and a few other ones), we’re taking the leap and moving to Berlin in beginning of June. The plan is to try it out for six months, see how it goes, and then revaluate towards the end of the year. The short version of the story is that you can look forward to lots of facile comparative ‘blah blah Berlin this, Prague that, blah blah blah’ posts in this space over the summer. I look forward to jumping on an already stuffed-to-capacity bandwagon and adding to the steady drumbeat of inane ‘Berlin: Best City Evah!‘-type commentary.

You know those occasional experiences that make you truly appreciate the internet (for example, buying plane tickets– do you actually remember how much airfare cost in the early 90s?). This process of moving to another city with wife and small child in tow has been more or less the ultimate example of this. I’m literally not sure that it would be possible to me to organize this in, say, 1992. Sure, if we didn’t have a kid, I suppose my wife and I could squat with various friends and stuff while we figured it out… but, given the current set-up, the only two options I can imagine would be:

So, yeah: thanks, internet. I really like you this week. But also for another reason: the post that I wrote about my late sculptor friend Joe… both his daughter and his friend Rhonda have come across the post via Google searches, and Rhonda was kind enough to corroborate my vague memories of his experience living in an unheated cement warehouse. It’s such a good story– imagine my relief to discover that it’s not a pure embellishment from my addled memory.