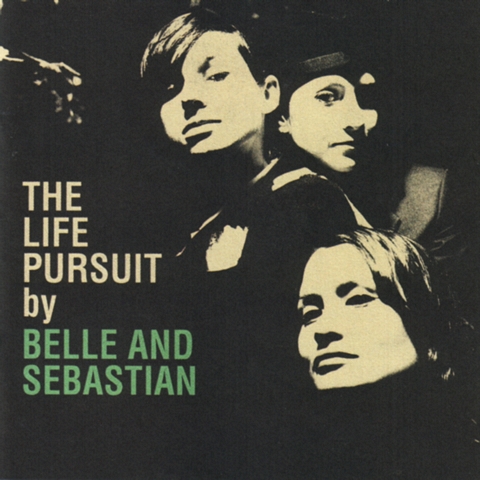 There are many annoyingly two-horse aspects to life in Prague. You can’t get a half-decent burrito here, for starters. People don’t throw parties with American red cups. (In fact, Czech people aren’t really much into throwing parties at all. I’ve been to three proper house parties in Prague and one of them was my own. This is a depressing thought that makes me glad I’m leaving here for a while.) But every now and then, the two-horsiness pays off in the form of an opportunity you wouldn’t have in a more culturally fished-out place… as in, the chance to go see Belle and Sebastian play their first-ever show in Prague two nights ago to a crowd of about 500 people.

I’d seen Belle and Sebastian play on their last tour, in San Francisco in 2006, a few months before I left for Europe. What I mainly remember about this show is (a) liking it, but also (b) the fact that I’d never gone to any show where my preconceptions about the scale of it were so entirely wrong. The 2006 show was at the San Francisco Design Center on Townsend St., which I’d quizzically biked by a few times and took to mean ‘a large room about the size of Slim’s or Bimbo’s with a few hundred people watching’.  Instead, it turned out to be in the Design Center’s MASSIVE concourse, which basically reminded me of an aircraft hangar and seemed to involve about 10,000 people. (A check of the SFDC’s web site indicates that the concourse can accommodate ‘6,800 for a reception’, which would seem to confirm about 10,000 people tightly packed in). Of course, this happened a long time ago, and I’d been drinking beforehand, so I could easily be off by a good 15-70%, but still… it seemed really big.

This time, it really was in a big room (the Roxy) about the size of Slim’s or Bimbo’s with a few hundred people watching. Once the band took the stage and made the obligatory effort to speak a few words in Czech, they launched into a song off their new album. Which established the only persistent downer of the evening: each time they played a track off the pretty boring ‘Write About Love’, the energy would immediately droop noticeably and it seemed like both the band and audience alike would rather just Tivo through the song to the next one. Still, it wasn’t SO bad for three reasons: (1) they played lots of old stuff; (2) sometimes, a new song would end in a sort of instrumental build-up, and that part they would get legitimately into it; (3) Belle and Sebastian seem like nice, realistic people who aren’t going to let the evening be ruined by the fact that their new album isn’t very good. I’ve been at other shows in such circumstances that seemed infused with a cosmic hostility, as the band visibly raged against the evidence that they’d lost their earlier powers. Anyway: since they opened with a song off the new album, I had nothing to compare it against and just thought, ‘Wow, the sound is REALLY bad.’ But as soon as that had ended and they’d moved on to ‘Step Into My Office’, it was though the ‘sound’ had magically ‘cleared up.’