Tomorrow is the anniversary of 9/11, or Jane Mayer Day as I imagine it will be known to future generations. (Note: yes, I am proud to share my last name with a crack New Yorker staff writer with impeccable moral instincts. Much more noteworthy than John Mayer, or the Mayer of Metro-Goldwyn-Mayer.)

Resident truther Grandjoe walks us through some lesser-studied photos of the event:

Most people have seen images of a jet-liner striking one of twin towers and bursting into a fireball of flame.  Much less familiar, but no less arresting, are images of the towers exploding into clouds of pulverized concrete.  This happened 102 minutes (North Tower) and 56 minutes (South Tower) after the planes hit.

These photos show the pulverization of South Tower. In the first picture, we see the thick, dark smoke of fires caused by burning jet fuel. Then comes an explosion that turns the top of the South Tower into a kind of roman candle.  Pulverized concrete rains down, and pieces of debris are flung outward (bits of the steel infrastructure?)  As the explosion travels downward, the cloud of concrete elongates and looks like a cascade of waterfalls. It takes about 15 seconds for the explosion to reach ground level.  At that point, the tower is no more solid than an involved column of smoke.  The descent of the North Tower presents much the same spectacle. 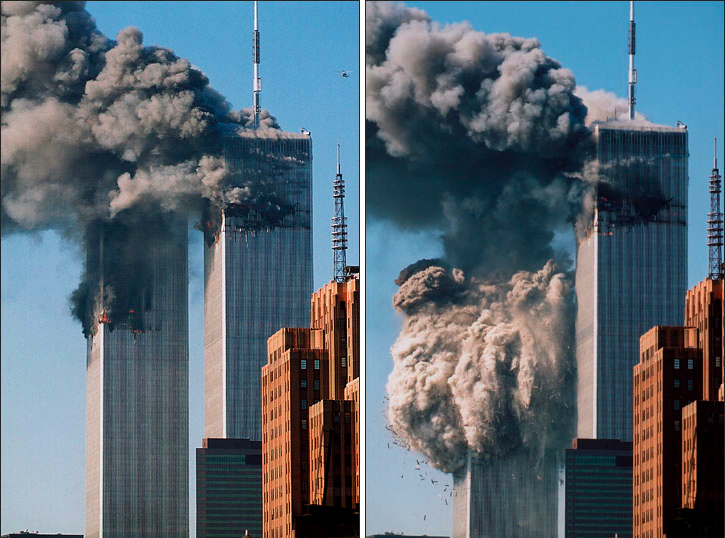 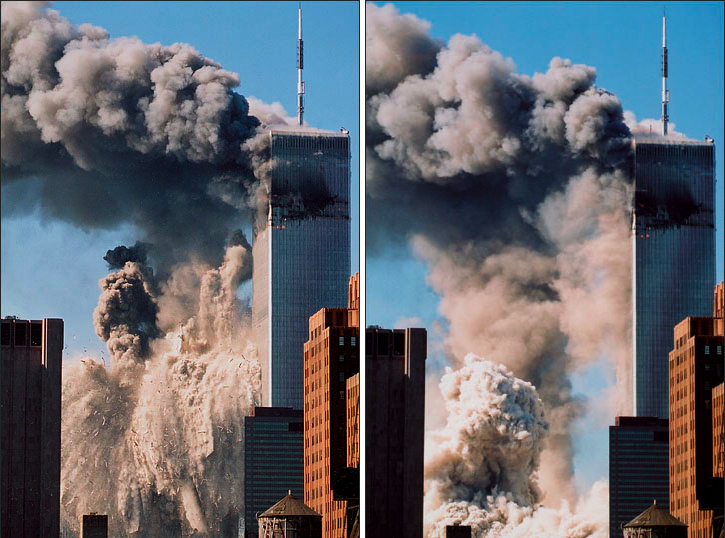