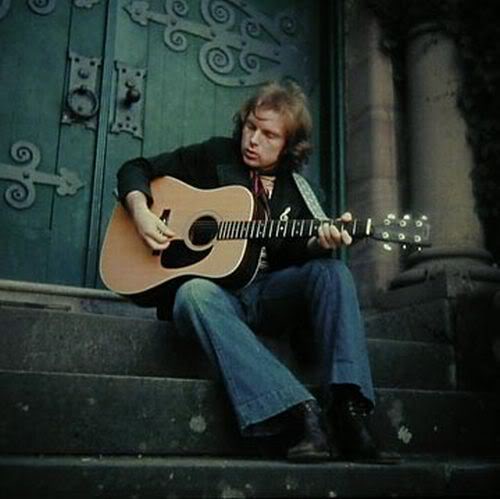 I recently came upon this interesting interview with Greil Marcus where he talks about his new book on Van Morrison. I’ve always liked but not loved Van Morrison, so I’m not about to run out to buy the book, but I was very interested in how, in the interview, Marcus espoused a form of musical analysis that seems comparable to New Criticism, the old school (mid-20th century) style of literary criticism that they taught at Dan and my high school. In short, it was all about the close reading of texts as self-contained entities, with no regard whatsoever for the biography of the author or, really, any other context. It turned out to be a great way to be introduced to the study of literature, and I’ve always felt that the rigorous training in such close reading has served me well in various other endeavors, including my eventual career as a lawyer.

I no longer believe that such analysis is the end-point for understanding a given work of art, but I’ve puzzled for years over the question of how to determine the meaning of music, which, lyrics aside, is so much more abstract in “form” than any other sort of creative work.

So, anyhow, I was intrigued to see Marcus explaining, somewhat passionately, how he didn’t give a damn what was behind Van Morrison’s classic songs, and whether there was a real “Madame George” or not, and how basically irrelevant such context is to “true” appreciation of the music. I found myself drawn to this approach as a way of helping to explain how a song’s “feel” can be so powerful, even if the words are just “Sweet Thing” over and over again or whatever.

This topic was particularly relevant to Marcus’ work on Van Morrison, I gather, because Van Morrison is this legendary despicable, hateful guy – although to be honest, that doesn’t actually strike me as all that surprising given his music, although I can’t say exactly why.

But then a little bit later in the interview Marcus seems to contradict himself 100% without recognizing it. He talks about this long “dead period” where Morrison failed to produce any decent music, from about 1980 to 1997. And then he analogizes it to a similar dead period for Dylan, which he cites Dylan himself as identifying as stretching from his post-John Wesley Harding recordings (1968) all the way until the early ‘90s:

“Essentially, that entire period — that’s a long time — was worthless, was searching for something that would give him a reason to sing, faking it the whole time. Any Bob Dylan fan would say, ‘Oh, what about Blood on the Tracks or ‘Blind Willie McTell’, that great song he didn’t even release in 1983? I loved Desire, Under the Red Sky. How could you dismiss all that?’ Well, because he knew how he felt singing those songs, making those records.”

Notice the contradiction? Suddenly the “value” of the songs is very much tied up in how the author “felt” while making them – whereas moments before Marcus was espousing this New Critical, context-less analysis of the music. And he even goes on to say that when an audience embraces music that the artist “knows” to be phoney, “it can only breed contempt for the audience. If the people who supposedly care about your work can’t tell the good from the bad, can’t tell the real from the false, why should you have respect for them at all?”

So much for the professed disinterest in where the songs came from. I can’t say that I was really surprised by this turnaround – as much as I always loved Marcus’ ability to capture the “feel” of a song in words, his writings always seemed more about mythologizing the performers than about getting away from them.

Dan adds: I wonder if this New Criticism / Greil Marcus method of analysis can be applied to blogging as well? In particular, I hope it will be invoked to redeem the long “dead period” that I’m anticipating taking place in my own blogging between 2012- 2025.

3 thoughts on “If Van Morrison is a Jerk, Does That Make "Brown-Eyed Girl" Any Worse?”