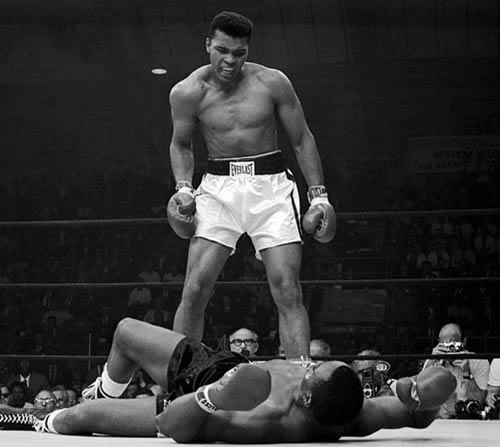 In response to the Attacking and Defending post from two weeks ago, I received the following emails from friends:

“I didn’t know you were a boxer. i am a pugilist myself, although i haven’t picked up the gloves in about three years. where are you sparring?”

“I wondered why you never mentioned it. Me and Mike used to box together — was kinda fun.”

This is all good, except that I didn’t write that post about boxing. Krafty did. It’s apparently a little-known Mock Duck fun fact that this blog has multiple authors: I, Dan, write most of the posts; Krafty writes some; and then my Dad, under the Grandjoe nom de plume, has written three. It’s definitely a design flaw of the template I’ve chosen that the author name is so de-emphasized, so I don’t blame people for being confused (and it’s interesting to suddenly learn of their love of boxing, which you didn’t know about before). But, if something you read here seems to directly contradict a previously-espoused attitude or present a impossible gap in the space-time continuum (such as me being in LA and Austria at the same time, say), check the byline– it’s quite possible (although increasingly unlikely) that someone besides me wrote it. Once I even got a text message from a friend asking me about the contents of a post before I’d even read the post myself– boy, was that confusing.

[Note: I’m not actually mad about or annoyed by these incidents– that would be lame. It’s just something to write about. Important distinction.]

Meanwhile, in response to my account of the pre-written term paper industry, the Term Paper Kingpin wrote in with a spirited rebuttal where he presents this alternate history of our meeting:

“I guess honest men may differ in their recollection. As I recall it, I met Mayer when I was handing out copies of my self-published memoir (“Epiphanies in Gossamer: A Texas Hill-Country Boyhood”) on a street corner in the Mission District of San Francisco in exchange for donations. I was trying to make a living with an Esperanto Theosophy newsletter, and Mayer convinced me that if we went into termpapers we would soon be “farting thru silk,” a hair-raising vulgaism that I have been unable to banish from memory.

I seem to recall something about an Associated Research phone number, which was our only recourse after Pacific Telephone primly refused to give us an “unlisted” business account.”