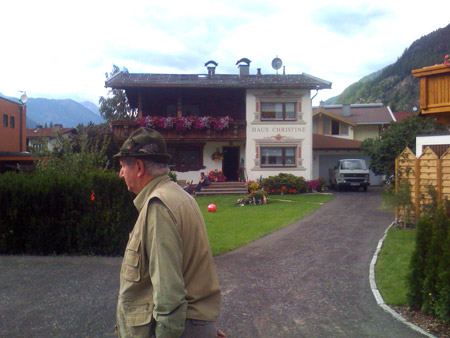 I haven’t been to many places as gloriously stereotype-affirming as the Austrian Alps, where we just spent a week’s vacation. Whether you’re standing on the side of a mountain and picking wild blueberries and reaching behind your head to feed them to your infant son on your back (did this), or being hailed by every single person you pass in the village with a diminutive ‘kruste!’, or watching a lederhosen-clad band pump out polka in a giant tent (more on this in a second), everything feels predictably ‘in character’ a fun, reaffirming way. I like this photo that I took above, as — not unlike Herbert Matter’s famous tourist poster for the Swiss Alps— it seems to capture the essence of the place on three distinct spatial depths, background (Alps), mid-ground (kitschily tricked-out house), and foreground (guy with green hat, feather).

One of the most fun things we did was crash a music festival at a neighboring village– when we heard ‘Bezirksmusikfest Längenfeld’, our ears perked up and we had to go. Pulling into the village of Längenfeld, the first thing I spotted was a car parked next to us with a couple of traditional costume elements (perhaps a backup supply?) tossed carelessly in the back: 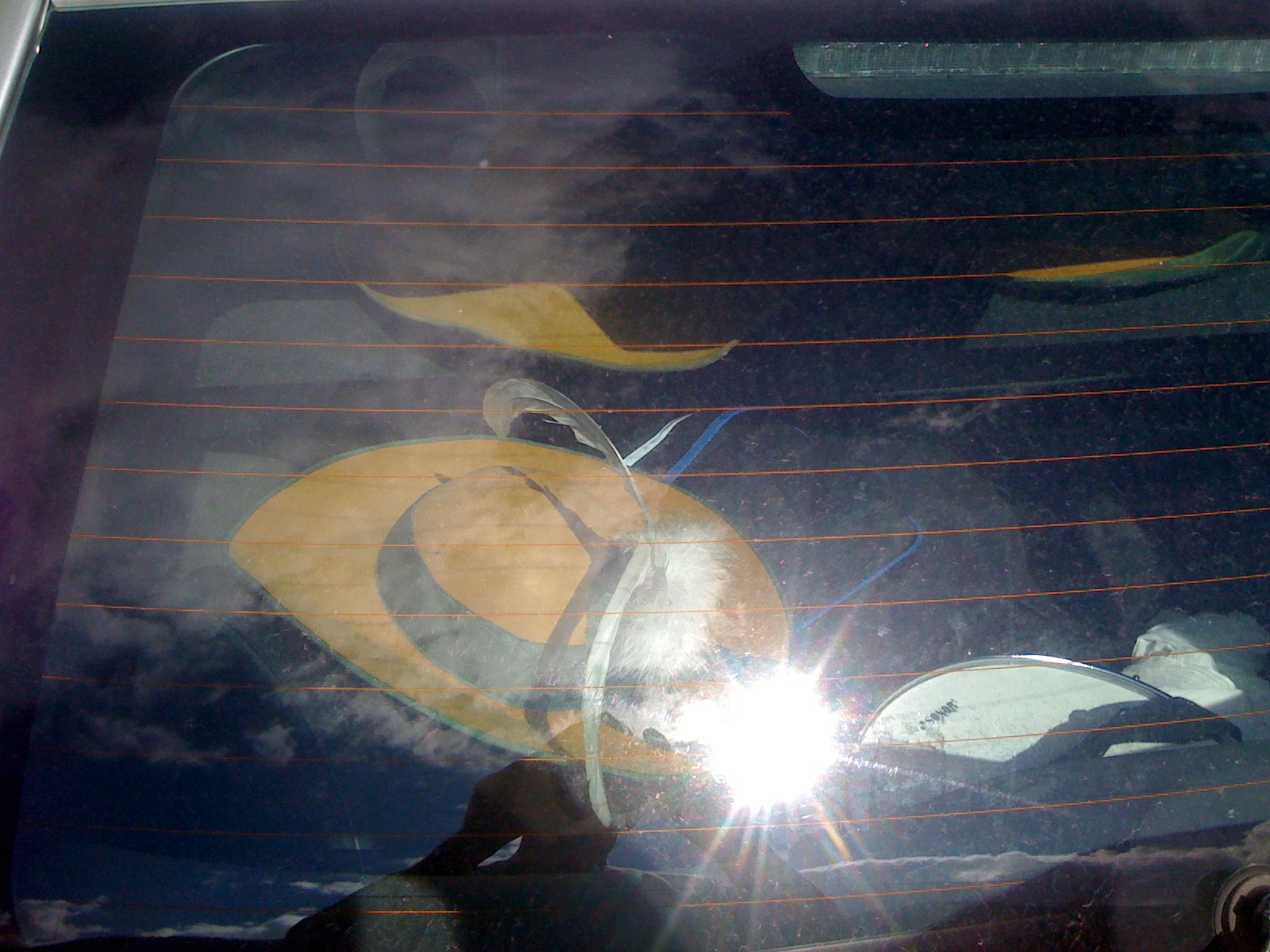 For some reason, this amused me to no end. We’ve all heard of Soccer Moms… could this signal the presence of a new demographic, the Lederhosen Mom? Sorry for the crummy, glare-riddled photo, but I was worried that the owners of the car might notice me peering in and take offense, possibly leading to me being viciously feather-whipped by a gang of Lederhosers in the mean streets of Längenfeld.

Anyway, we followed the honking sounds of revelry to a giant circus tent that was filled all the things you might expect: beer, bodices, ruddy-faced people having a great time: 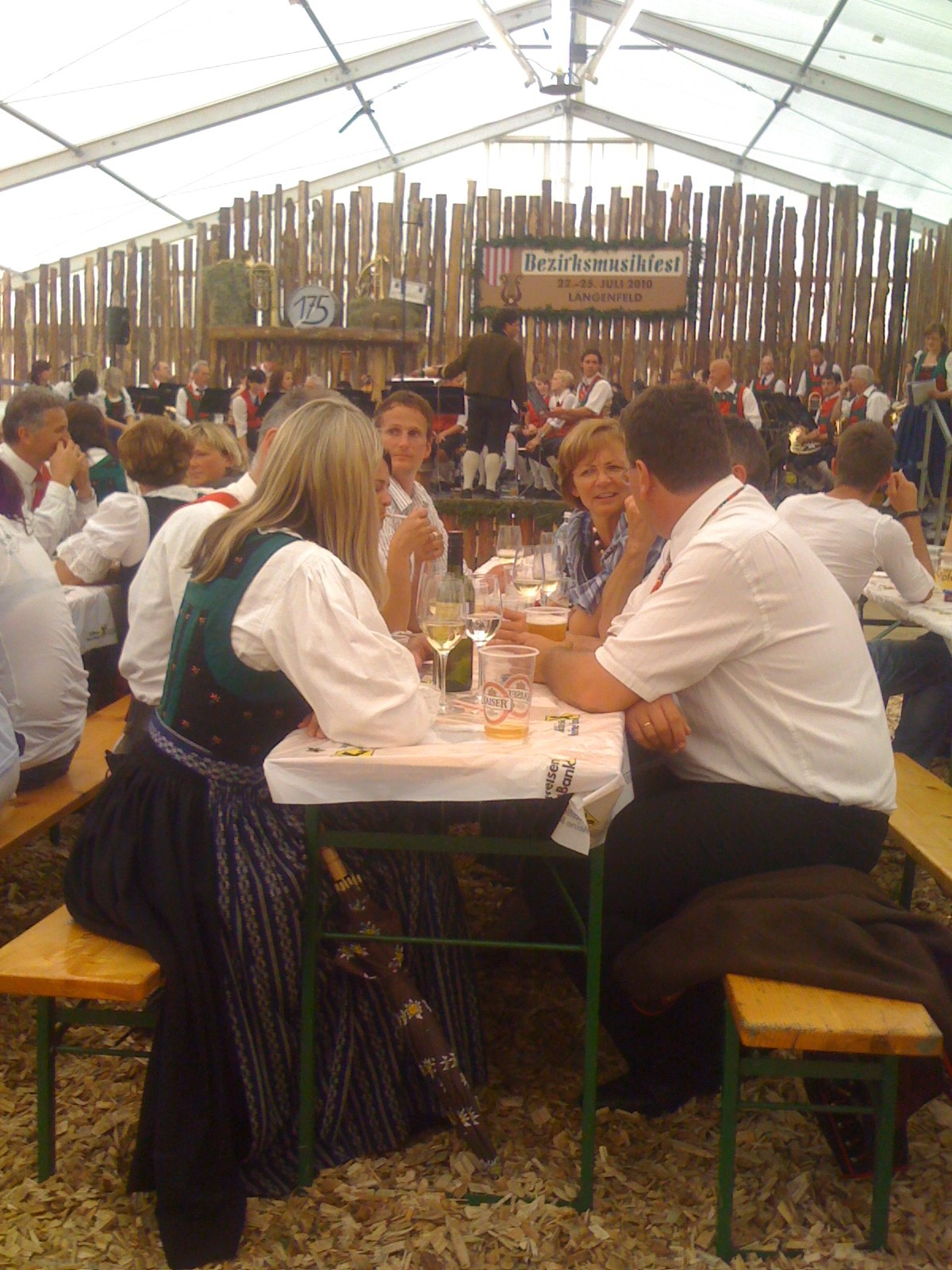 The main attraction was the smooth polka stylings of local village ensemble. Here they are in poster format… 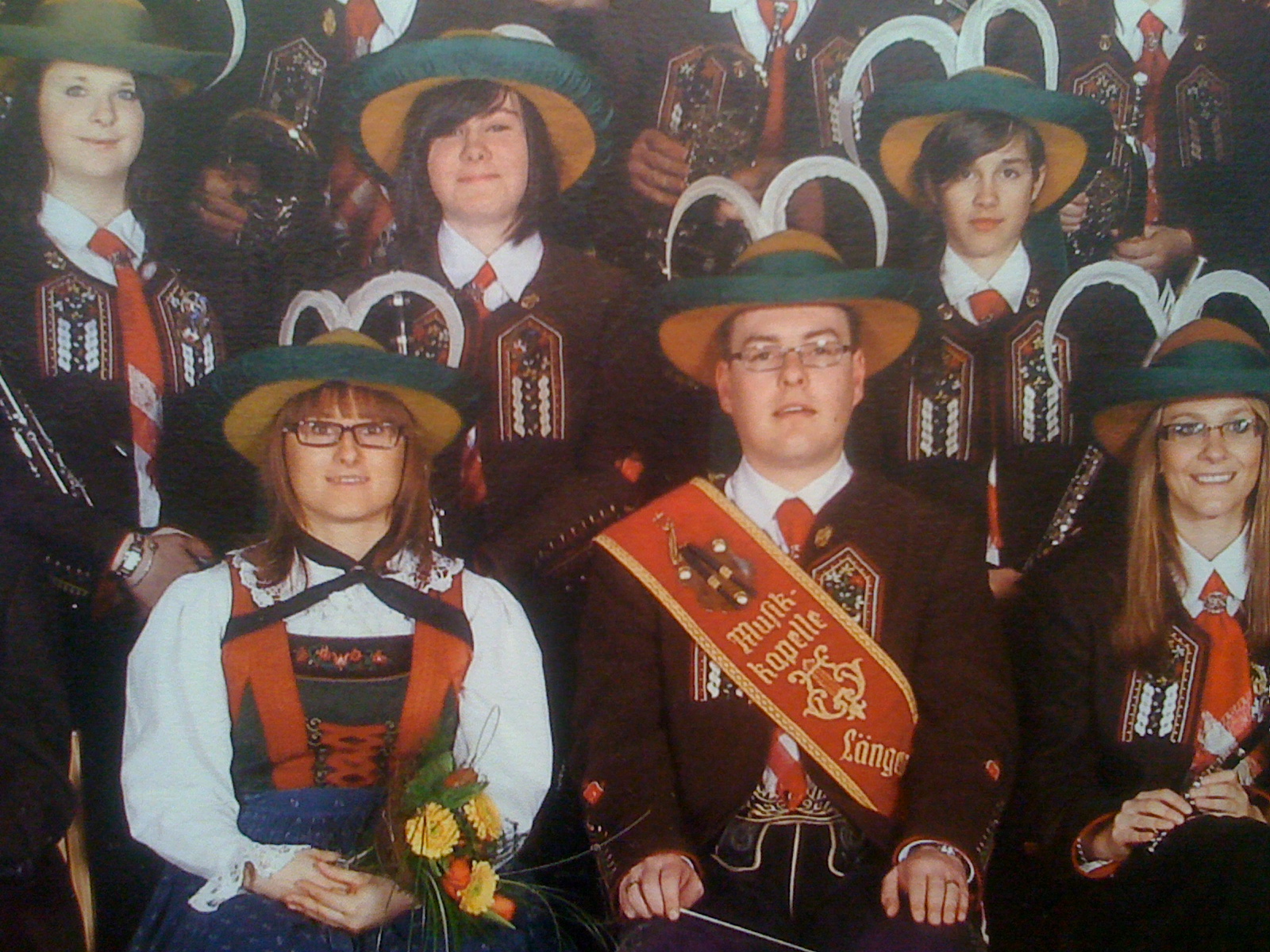 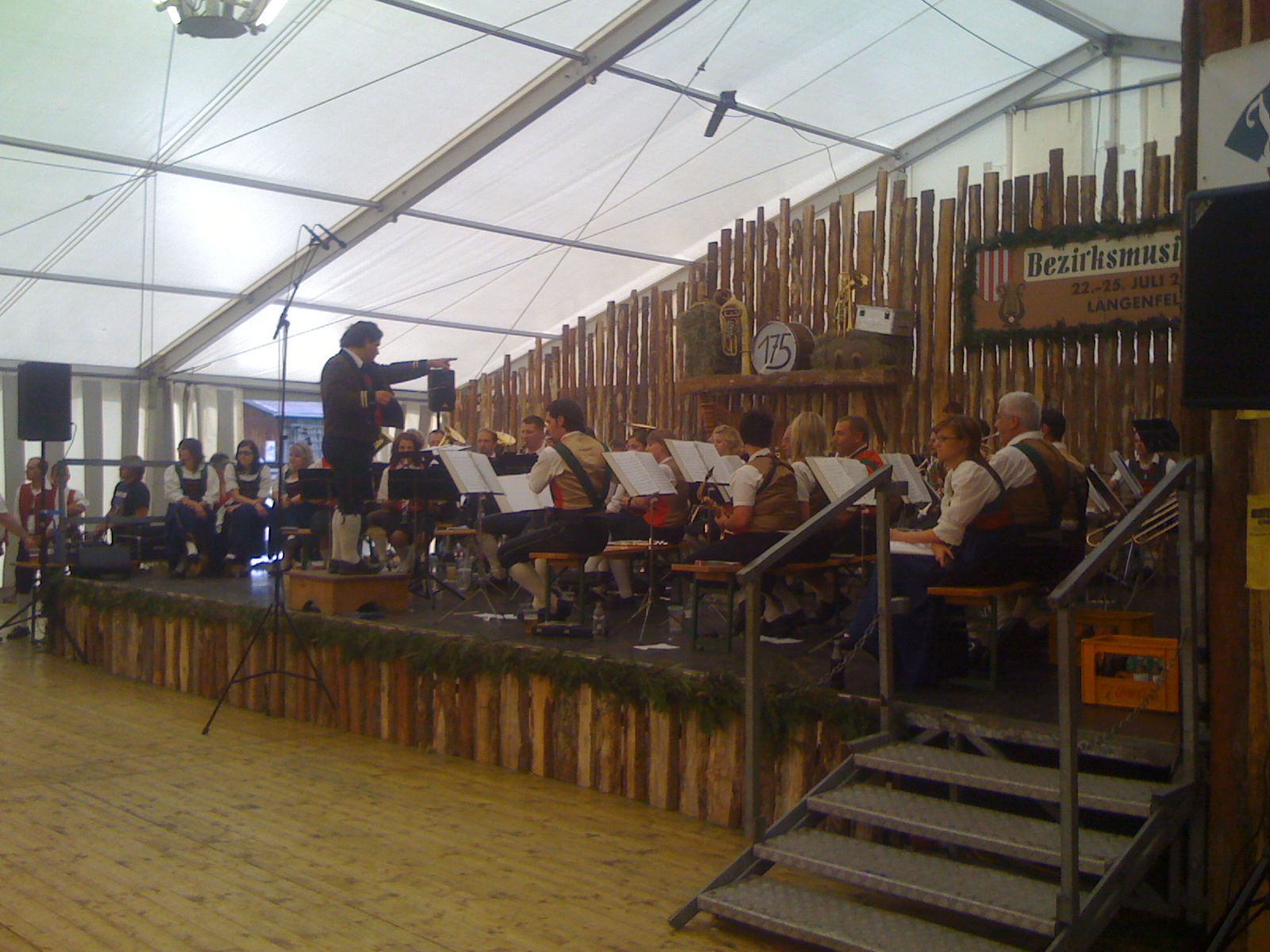 Various brave/drunk souls offered their talents as vocalists. At one point, this guy jumped on the table in front of us and began singing into a wireless mic, to my one year-old son’s great delectation: 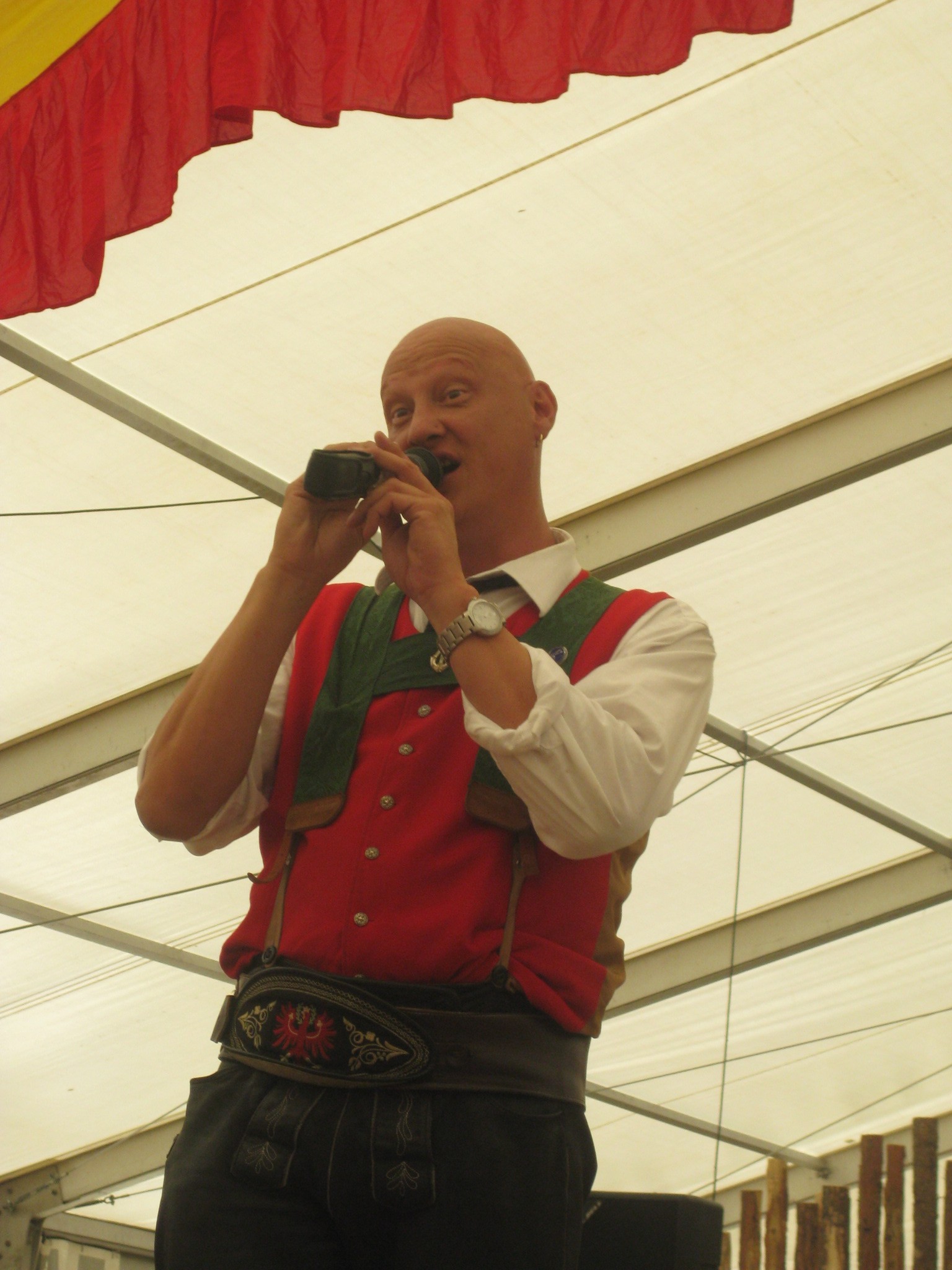 Back when I was about 12 years old and used to watch pro wrestling on TV sometimes, there was a villainous bald East German character who (if I remember correctly) had ‘Baron’ and ‘Von’ in his name and would goose-step around the stage and put opponents in some sort of three-fingered claw grip. I can’t remember his name, but I swear he’s the spitting image of this guy.

A few minutes later, my wife caught this surreptitious exchange between obliging fellow and thirsty lass: 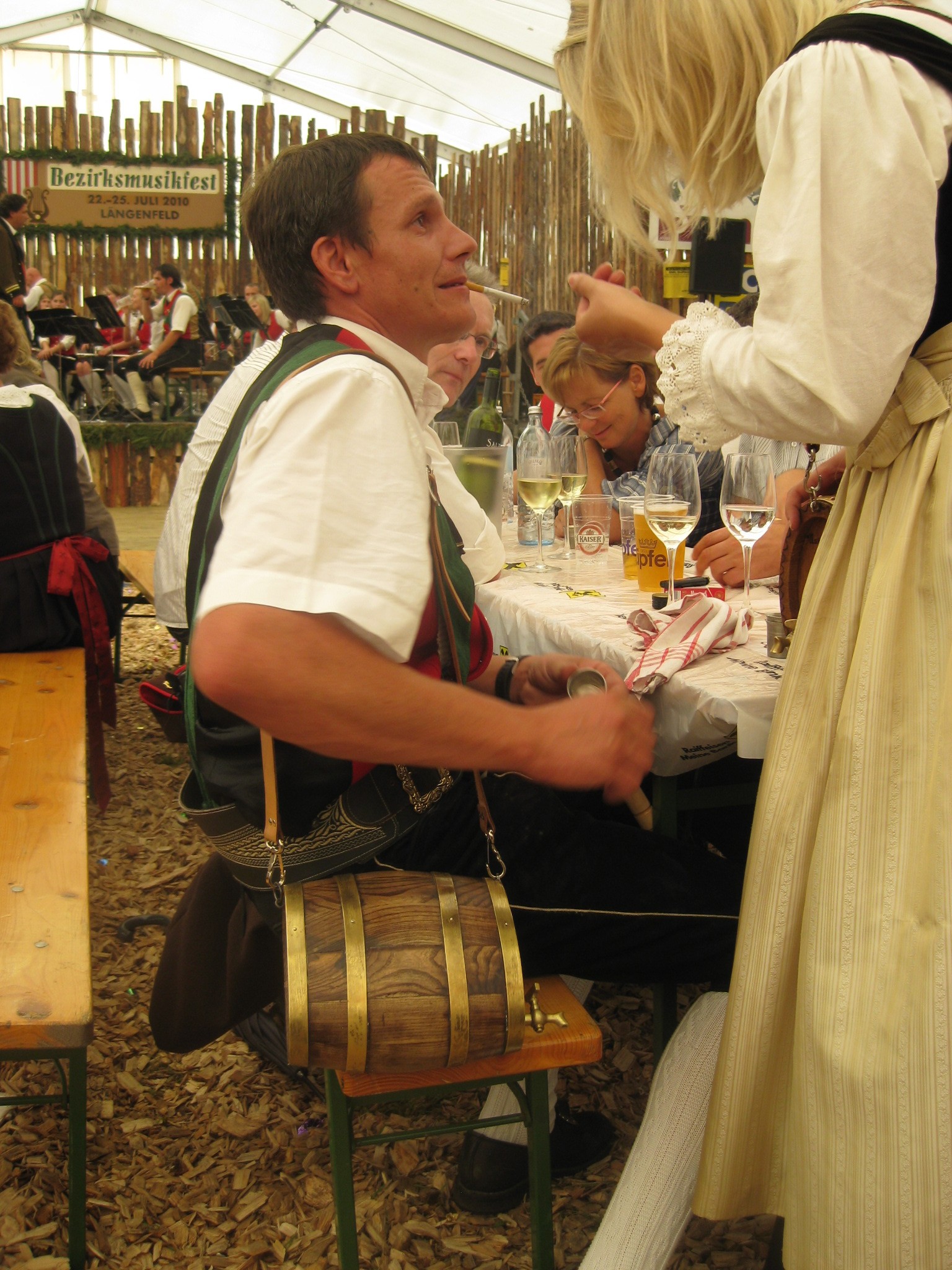 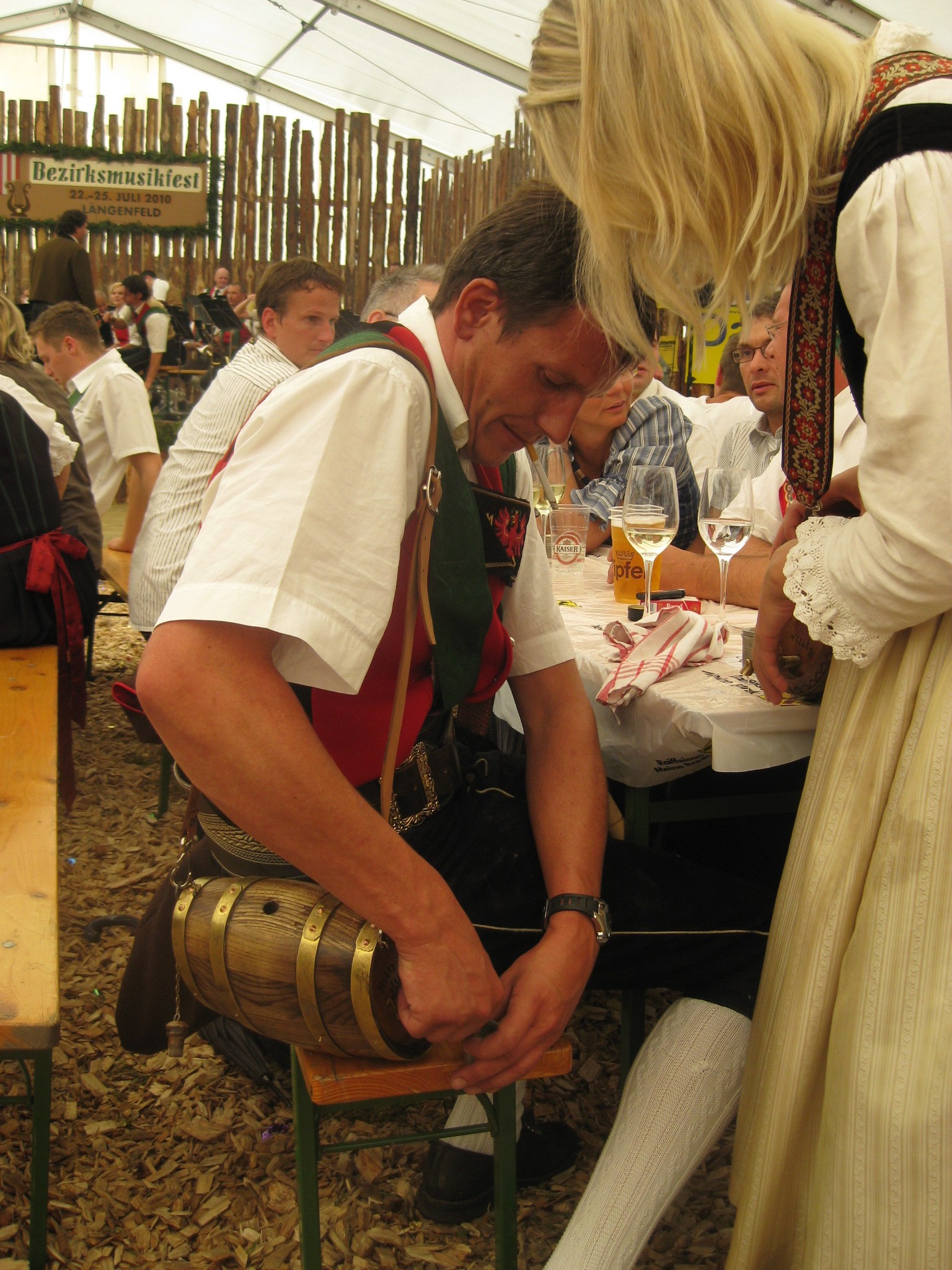 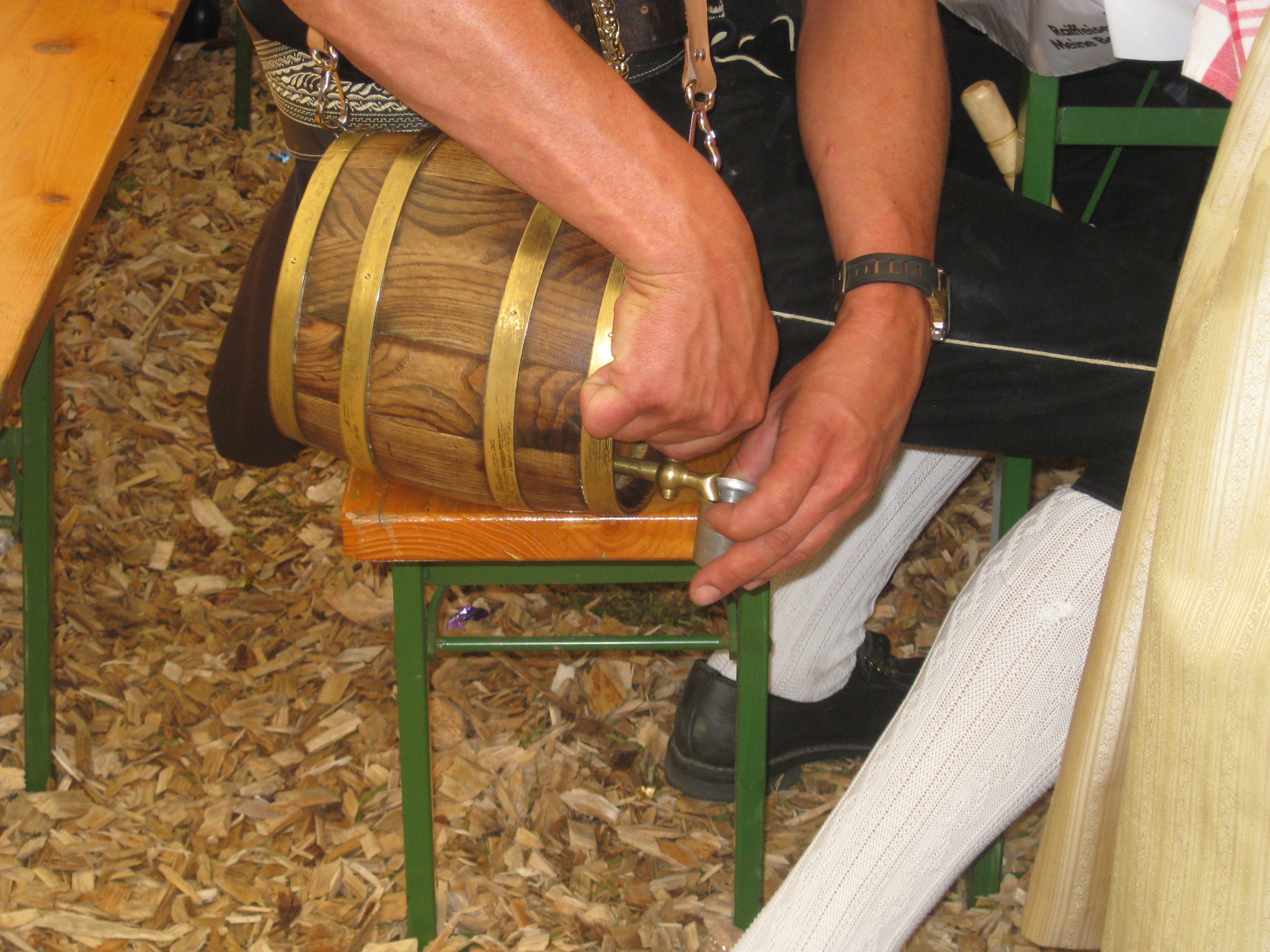 I think those kegs are only intended to be worn by rescue dogs, but never mind. As you can see, a good time was being had by all, and love was in the air: 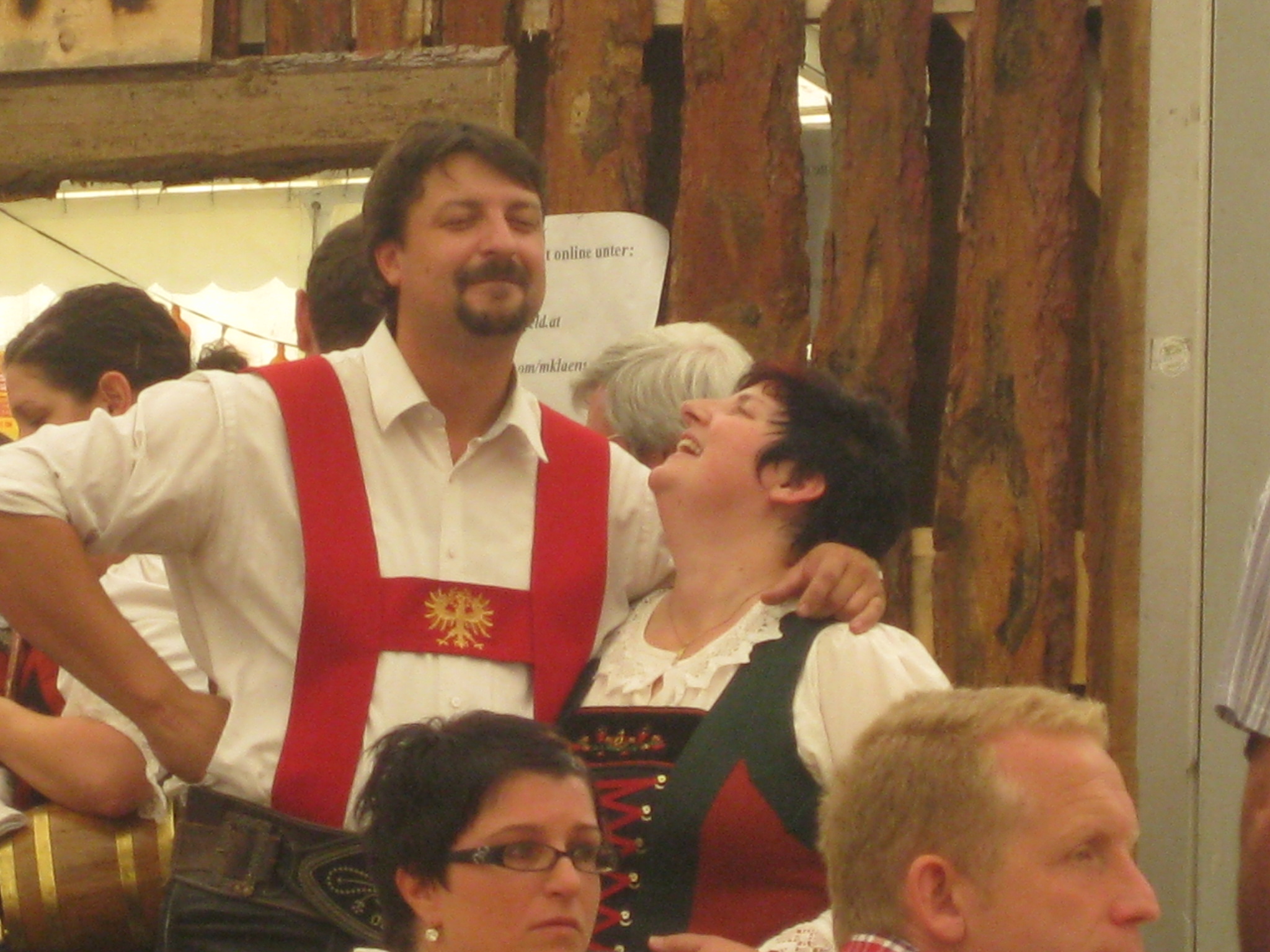 I’m off to Berlin this weekend, so perhaps I can report on a more jaded, urban, sophisticated, cynical, hipsterish aspect of the German/Austrian character when I get back.