In case you missed the brouhaha, TK at 40goingon28 posted this tweet from noted film critic and profuse sweater Roger Ebert: 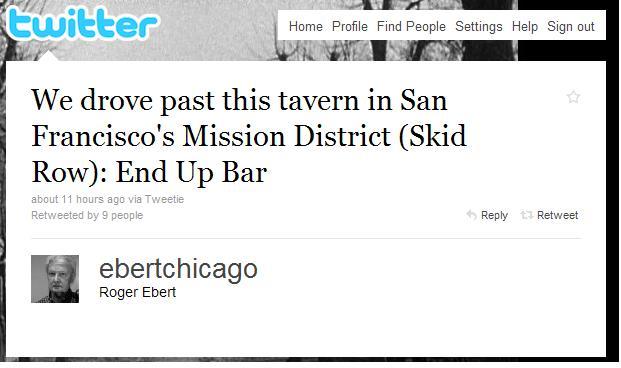 Several folks (myself included) quickly recognized this as a semi-opaque reference to the movie Vertigo, where the movie’s action is instigated by a request that James Stewart’s character visit an old friend with a Mission address– ‘skid row’, as gal friday Midge remarks. As it turns out, both references have a ‘sic’ quality to them, in that both the End Up and Gavin Elster reside in what we would now consider to be SoMa, but back in the day, this counted as part of the Mission. 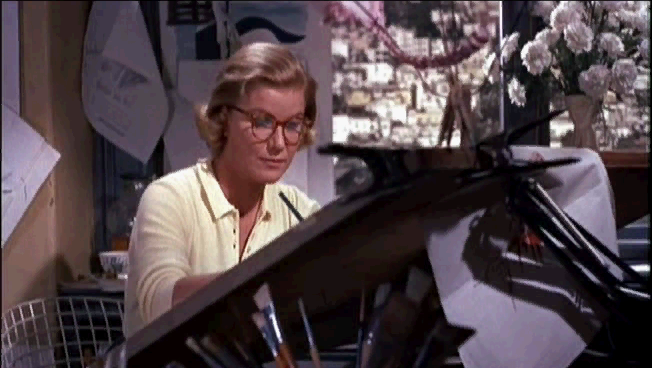 As far as I know, the other notable cultural references to the neighborhood are:

1. 48 Hours, where Eddie Murphy and Nick Nolte visit the credulity-stretching Torchie’s Western Bar– supposedly, a straight, white, red neck strip joint. (By the way, check out this Czech-dubbed version of the scene that demonstrates the particular awkwardness of trying to find jive-sounding Czech guys to do the lines for the Eddie Murphys and Wayans brothers and other hip African Americans of the movie world.)

2. Dashiell Hammet’s novel The Glass Key. Members of an occult group break into a pharmacy in the Mission to steal opium.

3. Nabokov’s Lolita. As Humbert Humbert travels the country with the nymphette Dolores Haze towards the end of the book, he gives a series of quick one-liners listing places they’ve visited. ‘Mission Dolores: good title for book,” he remarks self-deprecatorily.

Getting back to Roger Ebert for a sec, here’s a photo of him from 1970 where he actually looks a tad End-Uppy: 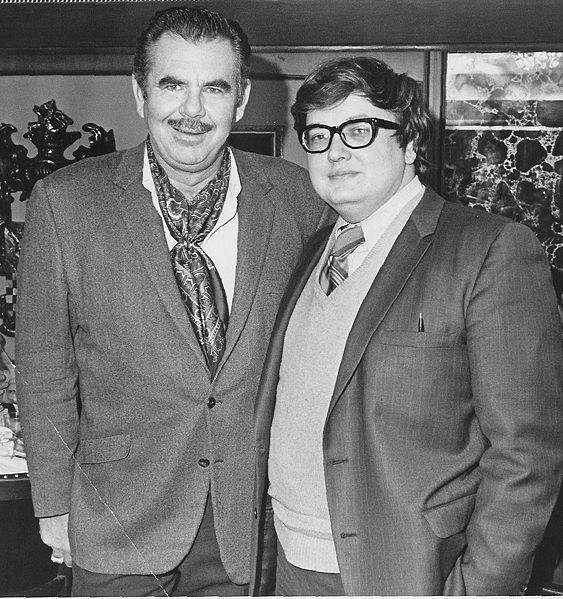