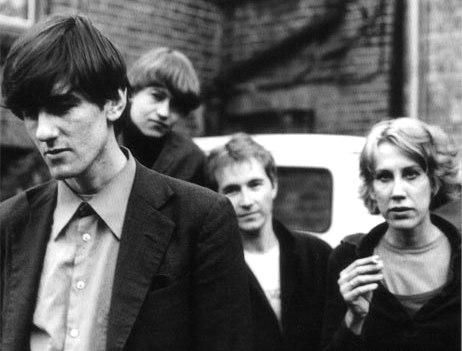 It’s never a good idea to impose one’s musical tastes on an audience, but I’m heedlessly going to try out a new blog feature anyway called the Friday Song. Each week, I’ll upload some track or other– the only criteria is that I will try to pick stuff that I think flies under the radar at least a tiny bit, and  mix it up a lot genre-wise.

This week’s pick is Lee Remick by The Go-Betweens

Before they were a group of noted pop sophisticates with clever lyrics (‘Her mother works in exports / But that’s of no importance’), the Go-Betweens debuted in 1978 with this slice of exuberant goofiness. It’s the only song I can think of that immediately starts off with a factual error: “She comes from Ireland, she’s very beautiful,” sings Robert Forster, while Lee Remick was really born in Quincy, Massachusetts.