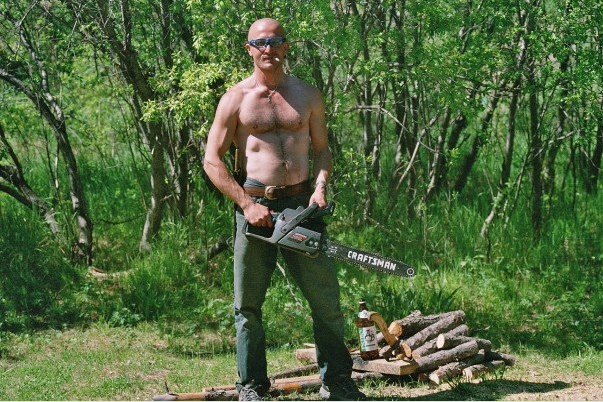 [ed note: the following is an excerpt from the travel journal of my old high school friend Andrej Mucic. In 2005, Andrej bicycled over 7,000 miles through Siberia to raise money for the American Anti-Slavery Group. Previous installments start here.]

My friend, the misbegotten, and beautiful, Cravchenka, has all the sweet hook ups in Magadan City night life. Cravchenka is a local cub reporter. She interviewed me when I arrived and we are now thick as thieves. She looks like the stereotypical Scottish lass. She also has a hollow leg. Last night I hit the sauce with her and her friends. To them I preached abolition. They had a hard time believing me. They think I’m a fugitive from American justice.

When I tell them about the enslaved Russian girls I saw in Cyprus, their attitude is fuck em, they knew what they were getting into. Why should they give a fuck about strippers and whores that go overseas to make some cash and then end up as chattel. I tell them that there is nothing wrong with being a stripper or a whore, hell some of my best friends are strippers and whores. The problem is that these girls, country bumpkins really, are tricked by the pimps into leaving Russia with promises of real work and once they are in the clutches of the pimp, they are separated from their passports and beaten constantly for a month until their spirit is broken, and at that point rebellion against the filthy pimp is unthinkable. I try to use the analogy of the volunteers that came here during the time of the DALSTROY gulag combine. They came here to work in the gulag mines as free citizens of the USSR. But quickly the distinction between convicts, political prisoners and freemen was lost, and they were all fucked. They think I’m crazy, but at least now they might think about it a little more. I told them to ask their elected officials about this problem and what they are doing about it.

After my fifth Baltica tallboy, it was time to chill and enjoy the company.

Some dude shows up, dressed in a track suit, tall and well formed. He sits to my left. As time goes on I notice that he’s talkin a lot of trash about the USA, as he’s listening to Aerosmith. I didn’t give a fuck because all I was concerned with was staring at the beautiful shorthaired blond, named Lena, sitting directly across from me. After my eighth Baltica tallboy he challenges me to an arm-wrestling contest. I smiled. Little did this silly malchek know that I am an arm-wrestling wunderkind. With my right arm I finished him without any opposition. With my left in 4 seconds. Then he kissed me three times and we celebrated with congac shots and more Baltica lager.

Next: The Gunmen of Kolyma